“Vigo has created a dreamworld, which makes his film an out of this world cinematic experience…”

Jean Vigo is an anarchist like his father. Sadly, he had a promising artistic future cut short because of his sudden death from a tubercular condition in 1934. He was just 29-years-old and had made two brilliant feature films, Zero Conductand this film.

L’Atalante is, perhaps, considered by some, a dated film as far as its style goes. But with that said, there is no denying that it is still powerful viewing because of its magical poetical gestures to the subject of love and the refreshingly lyrical way it looks out at its surrounding seascape towns and at the human condition. Its romantic story is much like Murnau’s Sunrise(1927),of innocents from the country getting corrupted by the big lure of the city and then finding their true roots again. In this film the peasant village girl Juliette, who is amiably played by the notable German silent screen starlet Dita Parlo, marries someone not from the area, the skipper of a motorized barge, Jean (Daste), whose route passed her hometown.

The newlyweds adjust to marriage on the barge with the eccentric mate Jules (Simon) and the moronic cabin boy (Lefebvre). Jules’ worldly presence revitalizes Juliette’s spirits, glad that she has met someone as knowing as him. In his room she sees all the junk he has collected over his years from traveling across the sea and the many cats he keeps, and accepts them as extensions of Jules’ personality. He becomes someone she can lean on for common sense guidance and by his paternalistic interest in the couple, he brings to Juliette a sense of relief from this seemingly forlorn journey she is on. Jules is the heart and soul of this film; the richness of his common man character gives her a renewed confidence in living. His later role will be that of savior, bringing her back to the safety of the captain after her disappearance into a corrupt world of bright city lights.

The ordinary couple adjusting to their marriage on board the barge are playing out their vexing emotions without letting on how much these emotions mean to them, until it is almost too late. Because their passions are so dominating, the quality of life on the barge engulfs everyone aboard in an unreal state. The Seine looks so much like a dreamworld where those on it are just aimlessly drifting — where romantic visions fade in and out, and hopes arise and perish on a whim.

The peasant girl, away from home for the first time, is bored by the same monotonous grind aboard the barge. She anxiously tells her husband that she wants to see the bright lights of Paris. On the night she has her heart set on going to Paris the roguish Jules decides to leave the boat and go to a palm reader to have his future told, forcing them to stay home and watch the barge. When the couple do visit Paris, the husband is outraged at a peddler who tries to win his wife away from him at a dance hall and he abruptly cuts that excursion short. Juliette, still determined to see Paris, sneaks off ship; but the jealous captain, in a rage, takes off for the next town leaving her stranded.

In due time, they both find that in their separation they do miss each other more than they realized they would. When they are reunited, she will have seen enough of the world to know what it means to be on her own. The city will symbolize corruption and temptation for both, while life on the sea will come to mean honest work and innocence.

Because the story is such a simple one and the couple is so ordinary, it is not the story in itself that is exhilarating as much as the way the film moves us to look at our own lives with all its possibilities and disappointments. It makes us see things in a way that is disarmingly enchanting. That despite the daily grind of regular life, there is also a poetical and romantic mood waiting to be tapped. We are encouraged to look into our hearts and see what matters to us, just as Jean looked into the water for his missing bride and in a frazzled state saw an emanation of his bride and dove into the water to go after what he was looking for. Jean realized that the love he has inside him is manifested in his dreams, and sometimes our reality is merely an illusion.

Vigo has created a dreamworld, which makes his film an out of this world cinematic experience, one that sublimely lingers in our consciousness.

The film version to see, which is now on video, is the restored 1990 one, which includes the recovered missing footage through the efforts of Pierre Philippe and Jean-Louis Bompoint. There’s some sense of justice to see Vigo’s original version of the film resurrected to almost the same condition as the original. And…it looks so stunningly beautiful in black-and-white. 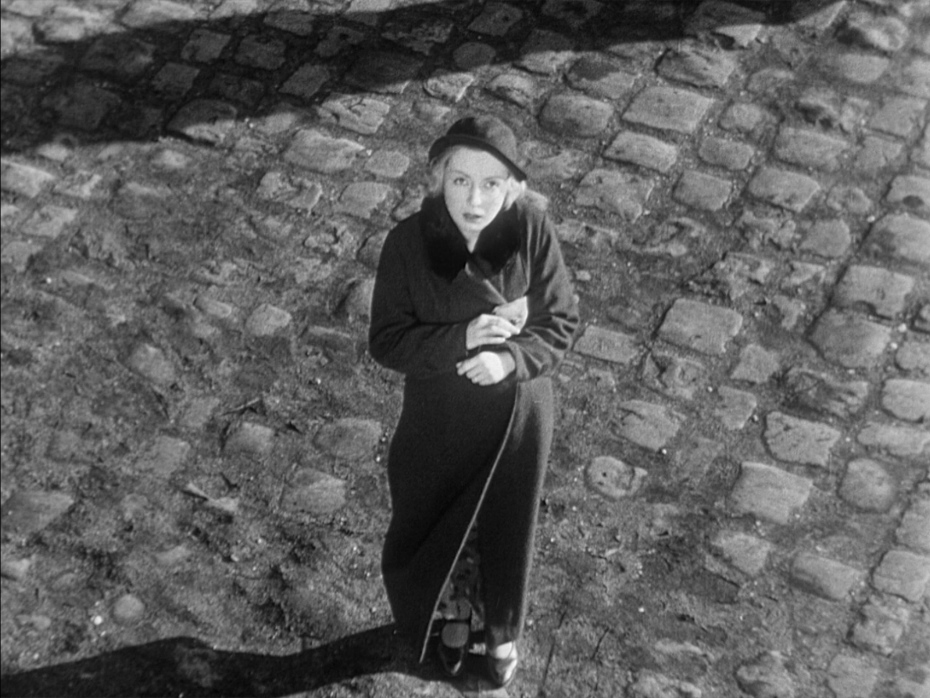