“It might be the best concert film of all time.”

It might be the best concert film of all time. I think it is. Director Martin Scorsese (“Taxi Driver”/”Raging Bull”/”Mean Streets”) keeps the interviews interesting and to a minimum, provides a Who’s Who in rock star guests and keeps the music to the max, as he films with seven noted cinematographers, in35-mm., the final performance of the legendary the Band on Thanksgiving Day in 1976 at San Francisco’s Winterland. It’s filmed on a left-over opera set from a local opera company. That’s the same concert hall where the Band from Canada started their first gig and after a period as the back-up band foe Bob Dylan went on the road for sixteen years before the popular and acclaimed humble band, with its iconic name, called it a day.

The rousing musical numbers include the Band members — leader Robbie Robertson-guitarist, Garth Hudson-sax player, Rick Danko-bassist, Richard Manuel-drummer, and Levon Helm-mandolin player — singing their songs such as ‘Up on Cripple Creek,’ ‘Shape I’m in,’ ‘It makes no difference, ‘Stagefright,’ ‘The Night They Drove Old Dixie Down,’ ‘Chest Fever,’ and ‘Ophelia.’ It ends with everyone on stage singing an energetic ‘I Shall Be Released.’ 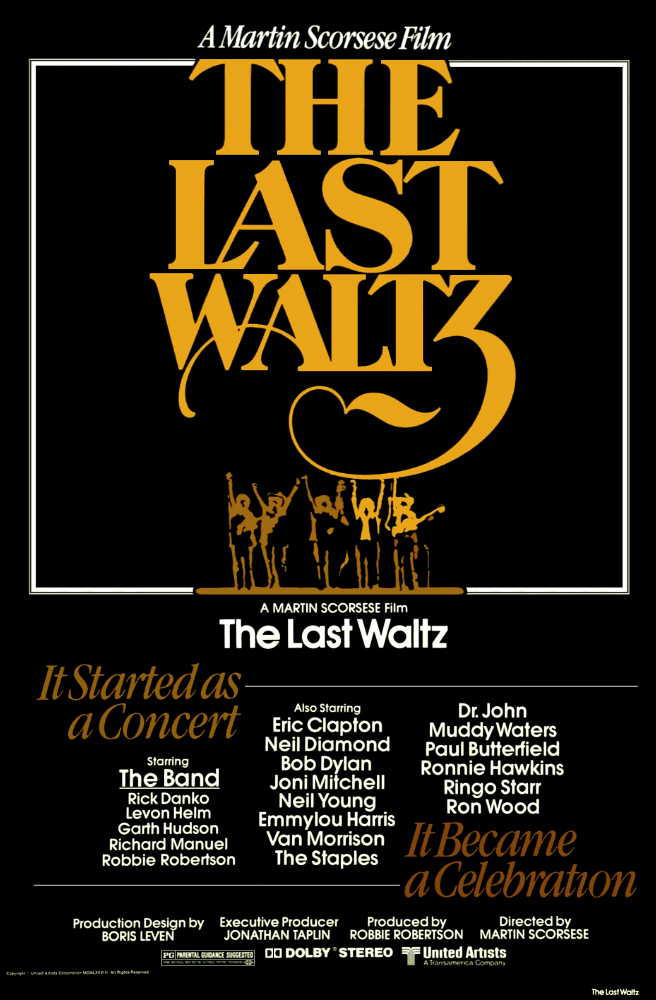