Robert Aldrich (“Twilight’s Last Gleaming”/”Ulzana’s Raid”/”The Longest Yard”) directs a lyrical offbeat Western filled with Sirkian melodrama. It’s based on the novel Sundown at Crazy Horse by Howard Rigsby and is written by blacklisted writer Dalton Trumbo. It doesn’t always work like a Western, but there’s some dust kicked up in a perverse sexually neurotic way that keeps things interestingly dark. It was shot entirely on location in Mexico.

Drifter, gambler, dressed-in-black bad guy Brendan O’Malley (Kirk Douglas) is a fugitive who arrives in Mexico while hunted down by square-jawed Texas Sheriff Dana Stribling (Rock Hudson) for the murder of his brother-in-law and is also being held responsible for his sister’s suicide. The sheriff catches up with O’Malley at the Breckenridge ranch, where he visits his old-flame Belle Breckenridge (Dorothy Malone). He hasn’t seen her for some 16 years after abandoning her, and she now has a 16-year-old daughter Missy (Carol Lynley) and a genteel Southern drunk husband named John (Joseph Cotten). O’Malley has just signed on with John to go on a dangerous cattle drive to Crazy Horse, Texas. The inept rancher agrees to also hire Dana as trail boss, who joins the drive to bring back the fugitive the easy way since Texas is also his destination. The ladies accompany the men on their chuckwagon.

At a stopover town, John is killed in a barroom fight by Southerners who accuse him of being a coward and running out on them during a battle with Stonewall Jackson. With that both O’Malley and Dana ask Belle to marry them, and she chooses the honest lawman. The drive still must overcome bad weather, an Indian raiding party and three dangerous drovers who try to kidnap the two ladies to sell them for a high price to the Dutchman in Vera Cruz.

After rejected by the no longer innocent teenager Belle, O’Malley falls in love with the lovesick innocent Missy–his idealized woman. They plan to leave together when they cross the Rio Grande so he can avoid the expected showdown with Dana. But when he learns that Missy’s his daughter, after making love to her, the disgraced man faces off with Dana in a Texas stockyard and basically commits suicide since his gun wasn’t loaded. 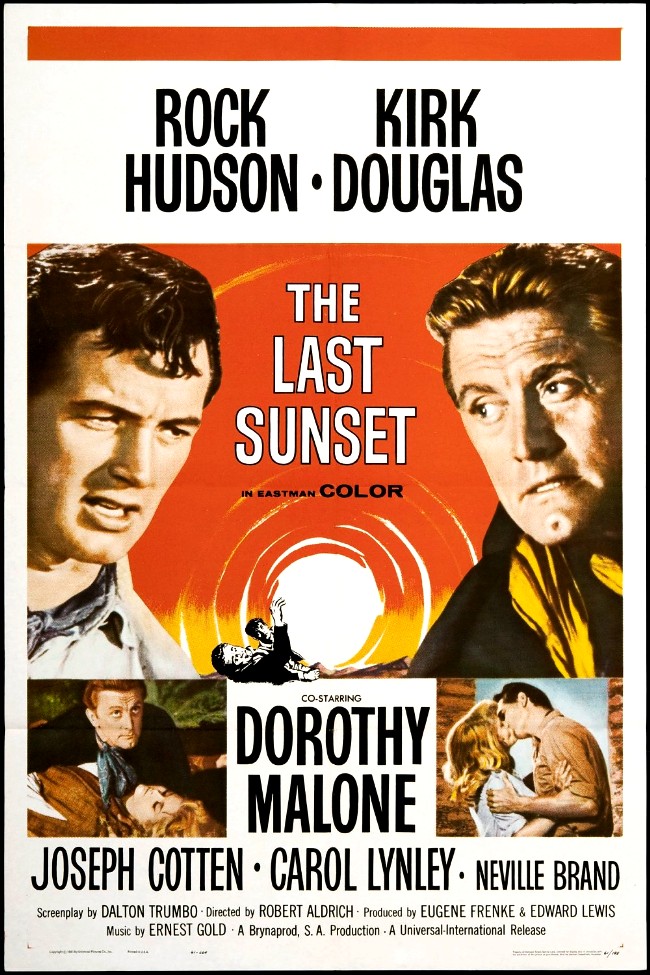