Alfred L. Werker (“He Walked by Night”/”The Adventures of Sherlock Holmes“/”Devil’s Canyon”) directs this interesting Western, more concerned with suspense than are most films of that genre. It’s shot in splendid black and white by Burnett Guffey. The story, told in flashbacks, is by Seymour Bennett & Connie Lee Bennett, and it is written by them and Kenneth Gamet.

An upstanding citizen posse chases down three suspects, the rancher Skip Homeier and his family members, who robbed a ruthless cattle baron (Charles Bickford) because they resented that he swindled them out of their ranch. Things get cleared-up in the end, with the returning posse feeling shame for their foul deeds and the sheriff (Broderick Crawford) critically wounded but vindicated as still a fine lawman.

Broderick Crawford is great as the once heroic sheriff who turned to drinking but still has the conviction and courage to do his job. Charles Bickford is equally as great as the sinister cattle baron, who hides behind his dark secrets. John Derek plays Bickford’s adopted son, who tries to make things right again and to show love to a father who is far from perfect.

Werker’s direction is forceful. The pic merits props as more than your ordinary B western. 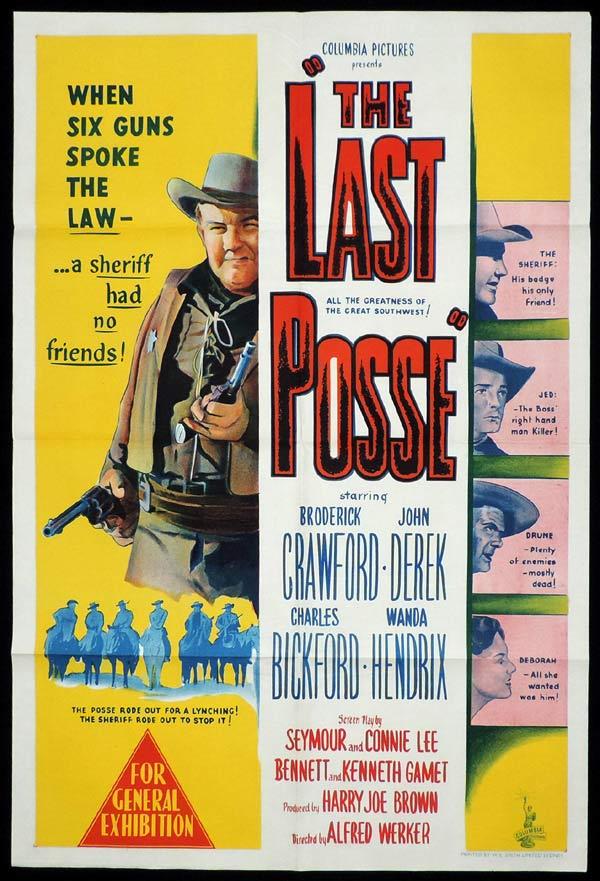