LAST OF MRS. CHEYNEY, THE

This is the second MGM version of a film based on the drawing-room play byFrederick Lonsdale, with the original in 1929 starring Norma Shearer. There was an MGM remake entitled The Law and the Lady released in 1951 starring Greer Garson, and a German version called Frau Cheyney’s Ende released in 1961. Director Richard Boleslawski died of a heart attack about halfway through filming. His replacement, George Fitzmaurice, also fell ill, and veteran female director Dorothy Arzner was asked to complete the movie. The comedy/drama is about a pair of crooks posing as part of the society crowd in the snobby world of upper-class England. It turns out to be an adequate comedy but doesn’t make much of a splash or provide as much fun as it could have.

On a ship to England is the beautiful American widow Fay Cheyney (Joan Crawford), who flusters Lord Francis Kelton (Frank Morgan) when he discovers her in his stateroom. His playboy friend Lord Arthur Dilling (Robert Montgomery) is deeply attracted to her. In the London society scene, Fay impresses the high hat crowd with her looks, sophistication and good character. Fay gives a charity auction where she gets rid of the goods she stole with her accomplice Charles (William Powell), who poses as her butler, and her servants who are really all con artists. She impresses Arthur’s wealthy aunt, the Duchess of Ebley (Jessie Ralph), who invites her to be her guest for the weekend and takes her into her confidence. Arthur tries hard to impress Fay, but is rejected by her even though her heart does stir for him. Fay obtains the combination to the duchess’ safe and sneaks into her room where she keeps her valuable pearl necklace, and fiddles with the safe until interrupted by Lord Kelton’s clumsy proposal and when that’s over the maid enters. Before Fay can get back to business, Arthur enters and proposes. With the robbery attempt botched, the servants worry that Fay’s heart isn’t into it anymore. Fay is conflicted over robbing the kind-hearted duchess, but Charles tells her she’s in too deep to get out of it as the servants are depending on her. When Fay steals the pearls, Arthur catches her in the act before she can pass them off to her servants and tries to blackmail her into spending the night with him. Fay decides to confess to the duchess and Charles, using Arthur’s name, calls the police, where he reveals to Inspector Witherspoon of Scotland Yard a letter that Lord Kelton wrote to Fay describing his society friends in truthful but unflattering terms. Kelton then suggests that they offer to pay Fay’s passage back to America in exchange for not revealing the letter’s embarrassing contents or else it would come out in the trial. Fay decides to become an honest woman and turns down all their further offers of help but accepts Arthur’s marriage proposal, while Charles is put off with Fay’s new honesty and turns himself into the inspector and marks the moment as the last of Mrs. Cheyney and the first of Lady Dilling. 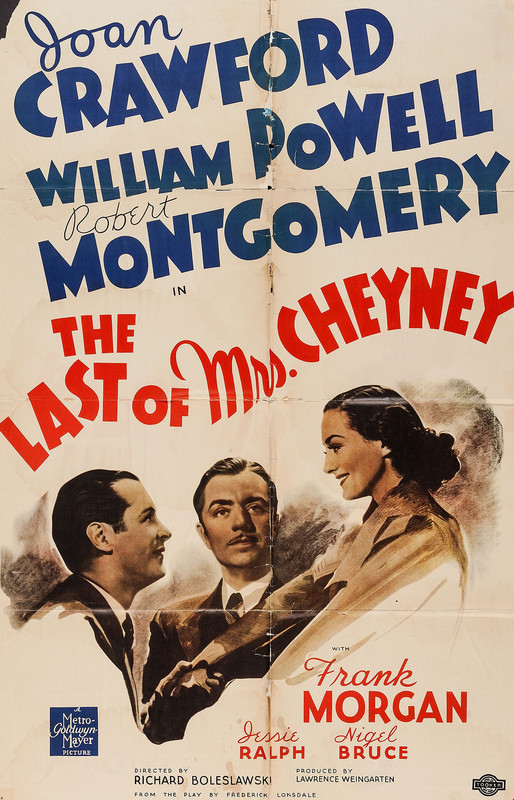