It’s set in 1835 Paris, during the reign of Louis-Philippe’s bourgeois monarchy. The Vicomte de Prony (Michael Lonsdale) and his wife, the Countess d’Artelles (Yolande Moreau), are elderly gossips and meddlers. The Vicomte was at one time friendly with the enchantress Spaniard Velllini (Asia Argento), the hot-blooded illegitimate daughter of an Italian princess and a Spanish matador, who has for the past ten years been carrying on a torrid love affair with the handsome scoundrel Ryno de Marigny (Fu’ad Ait Aattou, first time actor who was discovered in a cafe). The problem for the Vicomte and his circle of society watchdogs, is that Ryno is to marry the wealthy virginal aristocrat Hermengarde (Roxane Mesquida), a society favorite, and the gossips as well as her understanding grandmother, the Marquise de Flers (Claude Sarraute), are concerned that the libertine and the whore cannot change their ways and won’t be able to end their affair. There’s also the question of whether Ryno’s marrying the innocent and beautiful maiden for her money.

After Ryno’s marriage to Hermangarde, he makes an earnest effort to keep his promise to her grandmother to love only his wife, but soon finds Velli calling on him and finds he’s too weak to resist her sexual lure. They are drawn back together in their same old passionate sexual love-hate relationship, something neither one can prevent even if it means breaking the rules of society.

It’s an elegant film about an irresistible hot romance, gossipers, love that becomes possessive and a troubled relationship caused by love, all themes that the feminist provocateur Breillat explores with polish and glee as she presents another of her fine films on bedroom politics. She seems to be wanting to tell us in confidence a long known secret held by lovers, as voiced by one of the characters, that “In love, the first to suffer has lost.” 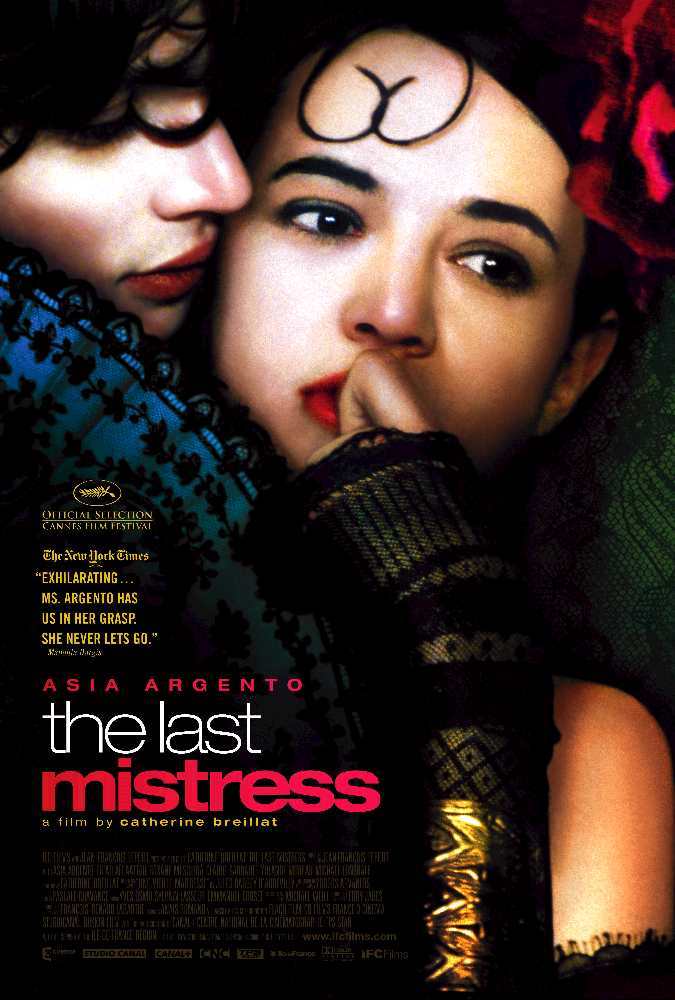