“A cynical and gripping courtroom drama.”

A cynical and gripping courtroom drama set up for effect rather than to be legally accurate. It’s stylishly directed with a passion for the little guy by Sidney Lumet (“Serpico”/”Dog Day Afternoon”/”Network”). Based on the novel by Barry Reed and intelligently penned by David Mamet, it has enough strength to turn its damning narrative about institutional justice into a compelling and believable experience. It has an underdog sports film formulaic scenario of the little guy against all odds taking on the formidable giant and shocking everyone by winning, a potential downfall for any film that’s handled here so well that it doesn’t become an issue. What it does very well is make a convincingly solid case about how twisted is the U.S. legal system, making it one of the more daring and liberal courtroom dramas ever. It also is magnificently acted by the stellar cast, with a motivated Paul Newman in one of his best performances ever.

Frank Galvin (Paul Newman) is a has-been alcoholic ambulance-chasing lawyer who hasn’t won any of his four cases in the last three years and currently has no cases; he’s given one last shot by having a bone thrown his way by his loyal mentor and only friend Mickey Morrissey (Jack Warden). The once prominent Boston lawyer hit rock bottom after he was used by his crooked senior law partner and was brought up on charges of jury tampering; he was acquitted but lost his partnership, his wife and urge to live by drowning his sorrows in booze and pretending to be the jolly drunk at the local pub. The medical malpractice case is a slam-dunk for an out of court settlement. When the Catholic diocese offers him a figure of $210,000, Frank gets principles all of a sudden when his heart is touched by the case and refuses the offer. The case involves the pregnant sister of Sally Doneghy who was admitted to St. Catherine’s Hospital (owned by the Catholic diocese) and given an anesthetic just after she had eaten, a definite no-no that caused the patient during the birth operation to lose the child, go blind and into a coma, and thereby because of the two respected doctors negligence has become just like vegetable.

The diocese is represented by the famed, gifted defense attorney Ed Concannon (James Mason), known for his ability to almost always win, and his huge support team of lawyers, who are reputed to be one of the top law firms in Boston. Soon Frank’s case begins to become undone, and he starts feeling he made the wrong decision. Everything is weighed against him, from a judge (Milo O’Shea) who favors the powerful, a doctor (Lewis Stadlen) who is to be a key witness but gets bought off by the defense, the admitting nurse (Lindsay Crouse) who has disappeared, a black doctor (Joe Seneca) whose credibility is debunked when he admits to earning his paycheck while giving testimony in many malpractice cases, and a woman lawyer (Charlotte Rampling) who helps the two-man team until it’s discovered she’s on Concannon’s payroll.

The medical coverup is exposed by the redeemed lawyer, who cleanly breathes again after having found his lost idealism. In a heart-moving summation of why the jury should favor his client, Frank lays it on the line why his client has a right to collect for the damages done and how his opponents used dirty tactics trying to coverup their poor medical decisions. It strikes a blow at institutional incompetence and corruption and the favoring of the wealthy over the poor in a very real way, even if it had to fudge things a bit. 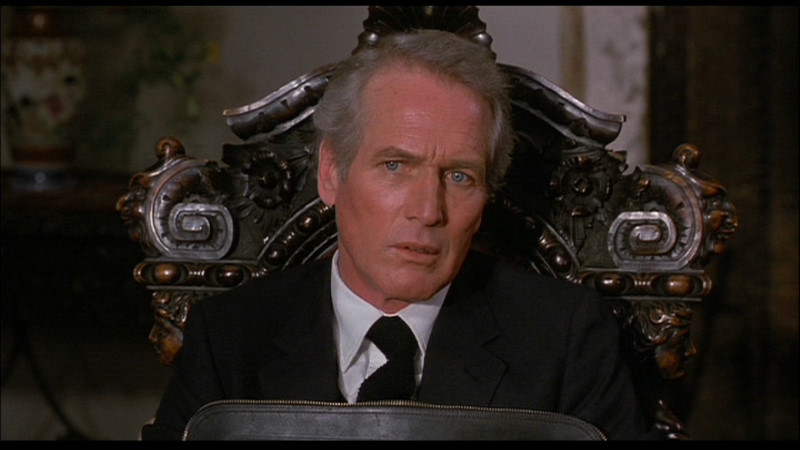