Isabella Rossellini narrates this informative historical documentary on how in the last century the Jews were forced out of Libya after living there for over 2,000 years and that today there are no Jews left in Libya. It chronicles the Sephardic Jewish Roumani family, residents of Benghazi, Libya, whose ancestors have lived there for hundreds of years. The film is based on the recent discovered memoirs of the family’s deceased matriarch, Elise Roumani, as well as interviews in English, Hebrew, Italian, and Arabic with several generations of the Roumani family and the use of rare archival film and photographs.

It tells of how Italy took control of Libya in 1911 from the Ottoman Empire and were welcomed by the Jewish community, and how the Jews had always co-existed with the Arabs. But the Arabs fought Italian rule and were put down by the Italians in 1932. In 1939 Mussolini allies his country with Hitler and the Jews have their freedoms taken away. But soon Britain takes over, and the Jews give them their full support. Unfortunately the Brits abandon Benghazi in 1941 and the Germans take over. The Arabs attack the Jews for supporting the British, and by 1943 the Jews are sent to concentration camps. At the end of the war there were Arab led pogroms in 1945, 1948 and 1949. During the 1950s there was an air of uncertainty for the few Jews remaining who didn’t migrate to the new state of Israel. By 1951 Libya was independent but was under the influence of Egypt and its extremist Arab nationalism, which was bad news for the Jews. By 1963 it was untenable to remain in Libya, and the last of the remaining few hundred Jewish families were airlifted to Rome.

This moving portrait of a religious Jewish business family documents how they survived all those years in the hostile Libya and how they resettled in America and in Israel. It’s a story about displacement and the family unity that held them together in such unsettled times. 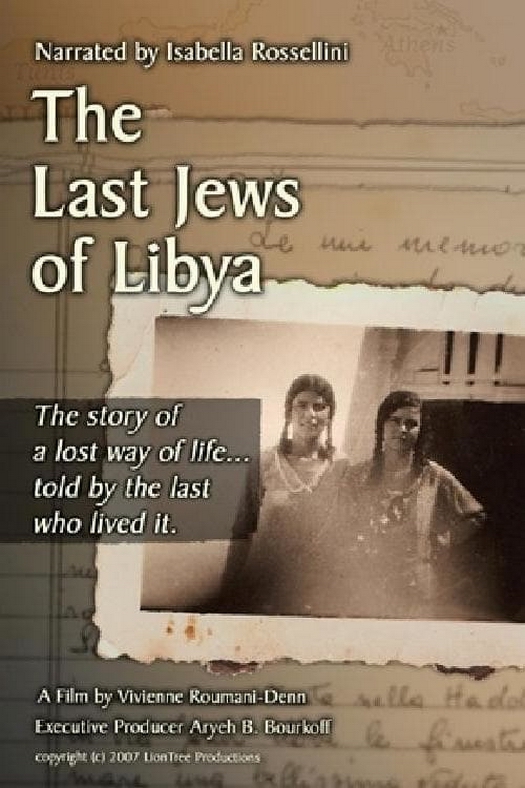