“It’s one of the better documentaries.”

Noted French filmmaker and essayist Chris Marker’s (“The Embassy”/”The Sixth Side of the Pentagon”/”The Case of the Grinning Cat”) unique documentary is about his personal friend and mentor, the artistic pioneer Soviet filmmaker Alexander Ivanovich Medvedkin (1900-1989). It’s one of the better documentaries, though not one many have seen.

Marker writes six video letters to his true believer Communist friend in death, things he never put down in writing to Medvedkin when he was alive but must now try to communicate with his spirit. He uses Medvedkin’s bio to tell of the history of Russia and the history of Russian films during that period covering most of the 20th century. It starts when Medvedkin was 17 and the Russian Revolution begins, and that he later rode with the Red Bolsheviks against the tsarist White Guards during the subsequent Civil War from 1918 to 1921. After the takeovers under Lenin and the Bolsheviks, the Soviet Union is formed. After Lenin’s death in 1924, Stalin rules with an iron hand. Medvedkin uses the “ciné-train” as a place for his own production company to make propaganda films and show them across the country. What follows is Medvedkin’s disbelief over the attacks on his best film, the peasant fabulist parable “Happiness (1932),” when he’s accused of being anti-Stalin and pro-Bukharin. During WW II Medvedkin was on the front line with fellow cameramen manning hand-held cameras in telling the war story. He tells of the brutal reign and purges of Stalin until his death in 1953, and immediately upon his death the out of favor Stalin is suddenly forgotten. The film will end in 1989 with Medvedkin’s own death. In the post-Stalin era his acclaim as a filmmaker is rediscovered at home and abroad due to film festivals in Paris. The timely death of Medvedkin is at the optimistic Gorbachev era of perestroika, which the filmmaker endorsed and thought it could justify his faith in still being a Bolshevik—one of the last such dinosaurs.

The Last Bolshevik is addressed to those few souls who still believe socialism can work. It offers Marker’s musings over his own leftist views and what it means for such an ideologue to still believe considering the oppressive history of Communism. It offers a searing personal look at the tragedies of the 20th century, and the Russian filmmaker’s battles with the bureaucrats who banned many of his films. Medvedkin is shown to be a very talented man who was too naive about the horrors of the 1930s under Stalin, and he’s someone who was forced to compromise in his later years just to get his films shown. The theme that runs through the film is lifted from George Steiner’s book “It is not the literal past that rules us. It is images of the past.” And these images have been distorted, just as readily as one’s views of the revolution and the storming of the Winter Palace come from Sergei Eisenstein’s “Battleship Potemkin” that recreated that siege by distorting the facts.

Russian writer and critic Viktor Dyomin sums up best Medvedkin’s entrapment in duality, as his was “the tragedy of a pure communist in a world of would-be communists.” This compelling film is not to be missed. 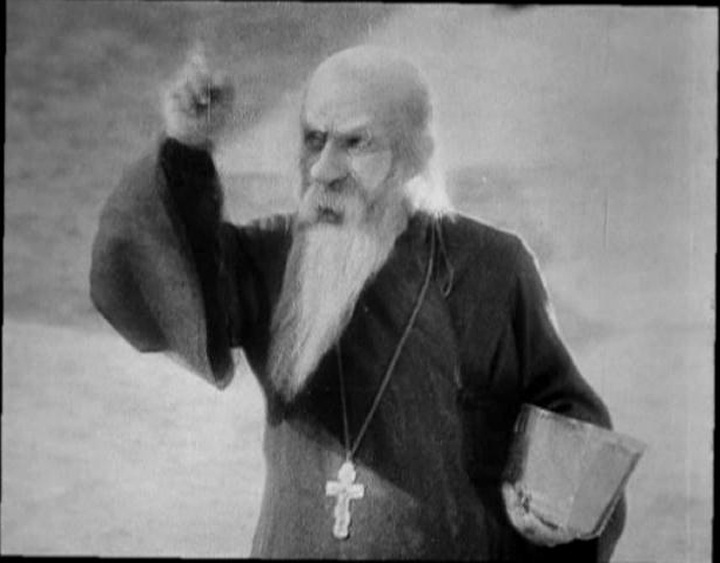