“Everything seemed as superficial as the main characters.”

One of the few Michelangelo Antonioni (“Il Grido”/”Red Desert”/”Blow-Up”) films of emptiness, alienation and anguish among the bourgeois I found displeasing and pointless. It’s the middle leg of his bored with life trilogy beginning with L’Avventura and ending with Eclipse. The psychological melodrama is built around a literary party attended by Lidia (Jeanne Moreau) and Giovanni (Marcello Mastroianni), a couple whose ten year marriage is on the rocks. They agree on only one thing, their apathy. It’s set in the thriving industrial city of Milan, and takes place over a period of twenty four hours.

The successful novelist Giovanni and his frustrated wife visit their dying mutual friend Tommaso (Bernhard Wicki) in a hospital during the day. During a break from his wife Giovanni scores a nymphomaniac patient and later confesses the affair to his indifferent wife. At night they attend a vacuous cocktail party celebrating the publication of his latest book. Lidia splits to walk the streets of Milan and reflect on her miserable life, only at dusk to have hubby pick her up at a park. At home they try to make love, but there’s no passion. They go out to a nightclub and catch a Negro couple do an erotic dance. Their next stop is a bourgeois house party given by a millionaire industrialist (Vincenzo Corbella). Giovanni is attracted to the industrialist’s pretty but bored daughter Valentina Gherardini (Monica Vitti), and tries to score her but she puts him off. In between, the industrialist tells the writer he likes him and offers him a cushy and high paying job as director of literary publicity in his firm. At dusk, the couple split from the party. She suggests before going home they walk through the park. There she reads him a love letter he doesn’t remember writing her. This awakens him to how shallow his life has become without love, and they begin to make love out in the open in the park. They are probably brought back together out of fear of loneliness, or maybe it’s something in the park air that turns them on.

The film’s pace is dreadfully slow, the plot is slight, and the dialogue is elliptical; the film’s main thrust is on the characters trying to find themselves in such a dismal state and the expressions we read in their faces. It makes for a bleak and carelessly worked out film, one that failed to hit home with me. Everything seemed as superficial as the main characters. 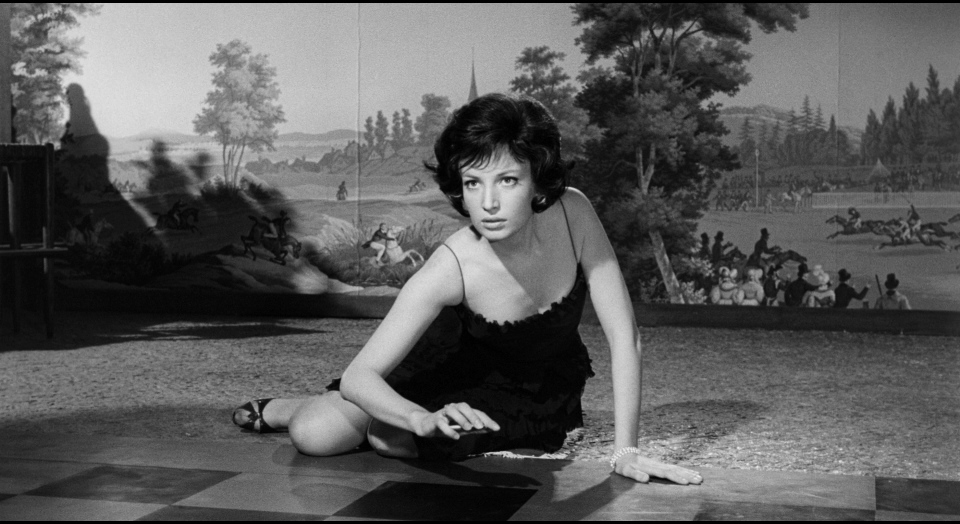