“An offbeat droll black comedy that worked for me in the Zen way it made its seemingly simple tale poignant and compelling in such a unique way.”

Mexican filmmaker Fernando Eimbcke (“Duck Season”) directs and cowrites with Paula Markovitch a nifty slice-of-life drama involving the coming-of-age for Yucatan teen Juan (Diego Cataño) after his father’s recent death. Juan who resides with his depressed mom and younger sibling (Yemil Sefami), one morning crashes his family’s battered Nissan into a telephone pole on the outskirts of town. He goes to town, Puerto Progreso, and finds help with the elderly Don Heber (Hector Herrera), a paranoid grumpy mechanic, who lives alone with his Boxer dog Sica. He helps from his kitchen table diagnose the problem and tells Juan which part to buy.

In Juan’s one day journey the downcast lad meets the following eccentrics who help him see things about himself more clearly: an inept but attractive seductive teenage single mom auto parts clerk named Lucia (Daniela Valentine), who even though she’s not blessed with a good voice aspires to be a punk rock singer, anda teenage can-do wiseguy mechanic named David (Juan Carlos Lara) obsessed over Bruce Lee and Kung Fu. These two strangers help the timid youth in a piecemeal way get his car fixed and their strange form of assistance also helps him come to terms with his own mournful circumstances.

The mood piece features lots of shots in the sunny desert climate of this industrial harbor town, in its off-season, such as dilapidated walls, colorful modular housing units and nearly deserted streets where the town’s homey architecture is a source of comfort for the impoverished residents. Like Eimbcke’s debut feature, “Duck Season, this is anoffbeat droll black comedy that worked for me in the Zen way it made its seemingly simple tale poignant and compelling in such a unique way.

It reminded me most of a minimalist Tsai Ming-liang film, only peppered with more local dialogue. 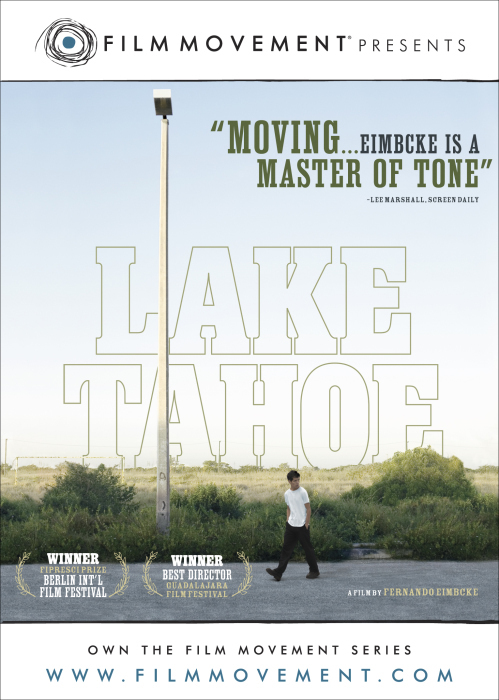