LADY IS WILLING, THE

“A tedious mixture of crass melodrama and heavy-handed comedy.”

Former costume designer Mitchell Leisen (“Easy Living”/”Murder At The Vanities”/”Midnight”) directs this dullish musical light comedy in a coarse manner without any passion and without giving it even a faint sense of reality. Marlene Dietrich is miscast as the overprotective mother spilling over with mushy maternal affection, as her idea of motherhood is to be showy and vulgar. Everything about this predictable formulaic film is disappointing. It has star appeal courtesy of the svelte sex bomb Dietrich and nice guy ‘everyman’ Fred MacMurray, but that’s not enough to take the stench out of the stale story. It’s adapted from a story by James Edward Grant and he cowrites it with Albert McCleery.

Liza Maddena (Marlene Dietrich) is a spendthrift, glamorous diva who finds an abandoned baby on Eighth Avenue in NYC and when she takes it home to her luxury pad impulsively decides to adopt the baby. Prominent pediatrician Corey T. McBain (Fred MacMurray), supposedly the best in his field even though he says he detests children, is called to exam the baby. Corey’s real interest is in research, which requires lots of rabbits. Liza can’t adopt the child unless she’s married, so she proposes a marriage of convenience with Corey — he gets research funds, she gets to keep the child. The business arrangement comes with no sex. Of course, over time the two realize that they really care for each other and become a real couple. But they must overcome two biggies: a scheming couple with a shyster lawyer who try without concrete proof to claim the baby is theirs but say they are willing to give it up for $25,000 and the baby boy gets so sick with mastoiditis that MacMurray has to perform an emergency operation to save its life.

What couldn’t be saved was this ill-conceived embarrassment of a film, that’s a tedious mixture of crass melodrama and heavy-handed comedy. 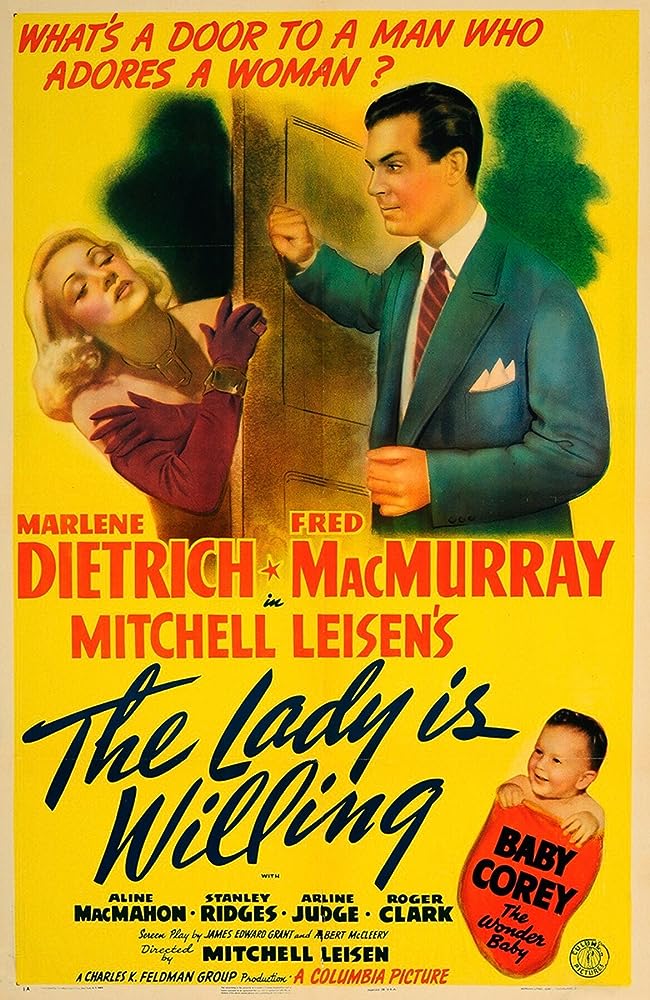