LADY IN THE LAKE

“Chandler’s story, which might be his finest, somehow comes through this gimmicky filmmaking experiment intact enough though much scathed.“

Director Robert Montgomery’s adaptation of a novel by Raymond Chandler experimented with loopy camera shots, shooting the film noir subjectively through the eyes of his Philip Marlowe character (Played by Montgomery). We see just what Marlowe sees, but soon this gimmick becomes annoying and detracts from this very good Marlowe story. The film pales by comparison with Bogie’s Marlowe in The Big Sleep. Marlowe acts the part of the tough-guy private dick chain-smoking cigarettes and pushing his weight around, but it all seems as if it’s by rote. Yet Chandler’s story, which might be his finest, somehow comes through this gimmicky filmmaking experiment intact enough though much scathed. Chandler himself described the effort as “a cheap Hollywood trick.”

Marlowe meets with Adrienne Fromsett (Audrey Totter), editor-in-chief of a crime magazine published by Derace Kingsby (Ames), as he wishes to publish a series of mystery yarns he has written. But the invitation offered him to submit his stories is a cover-up to get Marlowe to find Kingsby’s missing wife Crystal, so that Kingsby can file for a divorce. It’s in Adrienne’s self-interest that the private eye locate the wife, since she wants to marry her boss.

Marlowe accepts the challenge and investigates at the home of the wife’s wealthy, muscle packing, gigolo lover, Chris Lavery (Dick Simmons). But after one sensitive question too many Lavery knocks Marlowe cold. When Marlowe recovers he’s had booze poured over him and is picked up for drunk driving and taken to the Bay City jail, where he is warned by Captain Kane (Tom Tully) and the nasty Lieutenant Degarmot (Lloyd Nolan) to stop harassing the good citizens.

Marlowe informs Adrienne he’s off the case but is drawn back into it when a corpse is found in the lake near Kingsby’s summer cabin. But Marlowe is surprised to find that it is not Cystal’s corpse but that of Muriel Chess, the wife of Kingsby’s caretaker, whose real name is Mildred Haveland (Jayne Meadows). Adrienne believes that the caretaker’s wife was murdered by Kingsby’s wife and asks Marlowe to check it out so that the wife can be prosecuted for murder. Things get more complicated when Kingsby fires Adrienne because of her scheming, telling everyone he had no plans to divorce his wife. But he does want Marlowe to stay on the case and locate Crystal. As the case grows more complex, Marlowe becomes more determined to clear up the mystery. 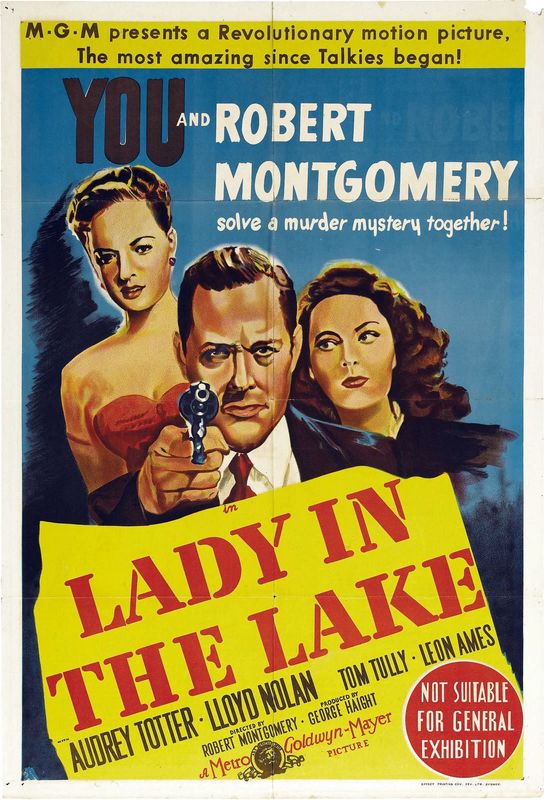