Former Chicago Tribune reporter turned director Tom Gries (“Breakout”/”Helter Skelter”/”Will Penny”) helms this stylish but trivial caper film. It’s based on a story by Alan Trustman, and is written by Harold Clemens. For action there are a number of chases, for dullness the movie’s second half covers the vacuous romance between the unethical Donald Sutherland and the criminal Jennifer O’Neill.

Donald Sutherland is an obsessive insurance detective investigating in Miami the heist in Chicago of diamonds valued at $3 million. Jennifer O’Neill is a wealthy and beautiful woman whose father Patrick Magee is suspected as the “fence” for the stolen goods. Sutherland is attracted to Jennifer and partners with her, as he tries romancing her.Robert Duvall is the honest Department of Justice cop who partners with Sutherland to recover the jewels. 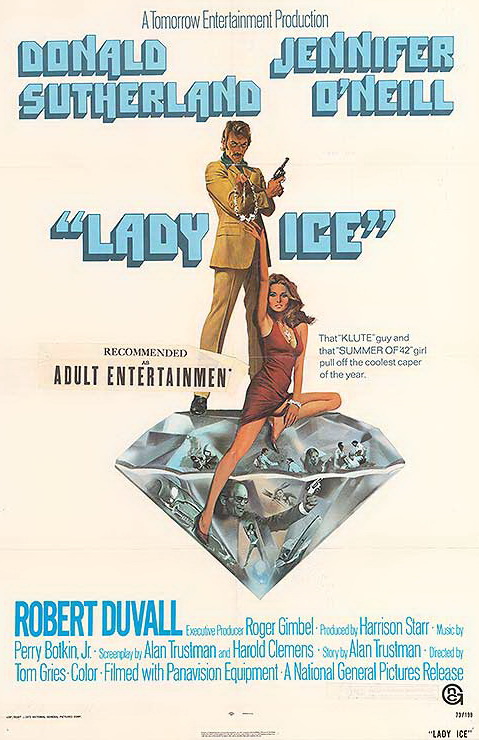