“Though the film is crowd-pleasing enjoyable, it never fully brings in enough light to its underground setting to completely satisfy as a fully realized work.”

L.A.-born Hungary resident writer-director Nimrod Antal’s debut film offers a stinging metaphorical look at contemporary Hungary without ever coming up for air to be on street-level and the only light coming in is from a fluorescent glow (which turns out to be both the film’s strong and weak point). It manages to be a dark comedy that energetically (MTV style) mixes things up about murder (there’s a phantom hooded serial killer working the underground who pushes his unsuspecting victims onto the tracks of oncoming trains), romance (an attractive female passenger (Eszter Balla) rides the train ticketless and dressed in a teddy bear outfit and begins a romance with the film’s distraught but agreeable protagonist train worker Bulcsu (Sandor Csanyi) and social satire (about the powerlessness of being in an authority position without having the power to back it up). It’s set entirely in the Budapest subway system, the world’s second oldest, and features the travails among a hapless group of five misfit subway workers (Bulcsu, Tibi, Muki, Lecso and the older leader called the Professor). They are known as Kontroll (controllers–roving ticket inspectors, who operate in teams on different lines in the labyrinthine underground to make sure in their spot-checks the passengers have tickets and if not are served with a fine). An opening prologue by a real-life ticket inspector proclaims the filmmaker was given permission by the authorities to shoot underground and that there’s a belief in the film as a symbolic work that gets at the conflict between Good and Evil.

The narrative centers on a handsome mysterious young man named Bulcsu, who seems to be brighter than the others he works with but is disheveled, has a bloody nose that escalates to a different bruise on his face throughout and never emerges above ground as he spends the nights riding the trains and sleeping on the platforms. The controllers are universally hated by the commuters, who randomly get stopped and asked to show their ticket by the inspectors who put on their armbands when not riding in disguise. Passenger disgust is shown in incidents experienced by the controllers such as being cursed by a gypsy, victimized by a regular prankster named Bootsie, teased by a homosexual, ignored by Japanese tourists because of the language barrier, being falsely accused of grabbing a woman’s tits, attacked by a dog, physically assaulted and having to chase a speedy youth unwilling to cough up a ticket.

Most of the film is about the experiences the controllers have with the ticketless passengers, who turn hostile when confronted. There’s also the mystery of the stalker killer’s identity that their bosses (the unseen men in suits who monitor the trains on grids and screens from their office) order the men to keep on the alert for so that the 300 million annual riders in the system don’t get too scared and stop riding the metro. The least effective sketches revolved around the budding romance between the kooky teddy bear rider and the equally weirdo ticket inspector. Though the film is crowd-pleasing enjoyable, it never fully brings in enough light to its underground setting to completely satisfy as a fully realized work. In fact, the film remains interesting mainly because of the eerie underground setting, while the symbolic meaning never seemed to get to any station in all of its amusement park-like thrill ride. 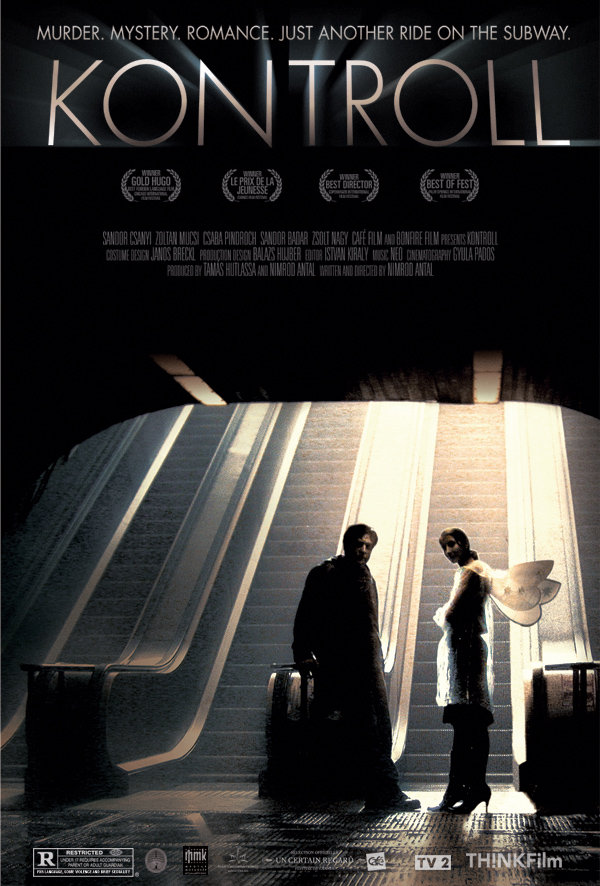