“Never gets things quite right about all its melodramatics.”

A remake of the Tod Browning unsavory 1928 silent West of Zanibar that starred Lon Chaney, that comes with the same tawdry results but never gets things quite right about all its melodramatics. William Cowen (“Stung”/”Oliver Twist”/”Half Marriage”) directs from a play by Chester De Vonde & Kilbourn Gordon; it’s written by Leon Gordon. The film’s best asset is Walter Huston’s boiling over lunatic performance, that gives the film an ominous edge.

Flint (Walter Huston), a former magician, is the embittered wheelchair-bound white rogue living in the jungle of the Congo after he was crippled some 18 years earlier in a confrontation with his enemy Gregg (C. Henry Gordon), who stole his beloved wife. The unpleasant man is a megalomaniac who controls a jungle area of around eighty miles through bogus voodoo and cheap magical tricks he plays on the superstitious natives. Flint treats the whites with almost the same contempt he does the natives. His pack of worthless cronies assist him in fooling the tribesmen, they include his Portuguese mistress Tula (Lupe Velez), the white thugs Hogan (Mitchell Lewis) and Cookie (Forrester Harvey), and the loyal native Fuzzy (Curtis Nero).

After anonymously paying for the convent school education in Cape Town of Ann Whitehall (Virginia Bruce), who he believes is the daughter Gregg had with his late wife, he has his henchmen bring her out to the jungle compound for a visit with her benefactor. He then insanely subjects Ann to being placed in a brothel in Zanzibar and so much psychological torment that she is nearly destroyed. The sensitive new young village doctor (Conrad Nagel), who is in love with Ann, gets addicted to drugs thanks to Flint. The psychopathic Flint also enjoys degrading Tula, who actually loves him (Go figure women!). His madman scheme comes full circle when he successfully lures Gregg to his jungle compound, thus setting in motion Flint’s final act of revenge, a native sacrifice, but instead things end in a surprise when he finds out that Ann is his daughter.

This loony film was made in the pre-Code Hollywood days and put on the screen such things as rape, torture, drug addiction, alcoholism, and sado-masochism. All of which would never have gotten past the Hays Code. It doesn’t make it a good picture, but it does make it a bizarre one that has a certain fascination for those who are not squeamish. 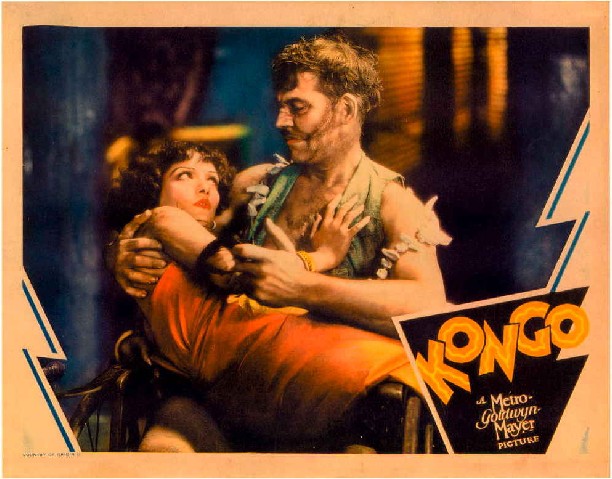 PLANET OF THE VAMPIRES