“If nothing else, it invites scrutiny of Poland’s contemporary history.“

A popular medieval history epic directed in a grand scale by communist Polish Jewish filmmaker Aleksander Ford(“The Street Legion”/”Eight Day of the Week”/”Border Street”). It’s based on the novel Krzyzacy by Polish author Henryk Sienkiewicz (Quo Vadis), and is co-written by Ford, Jerzy Stawinski and Leon Kruczkowski. The novel was written in 1900 at a time when the Polish state did not exist, and is recognized as the first book published in Poland after the Second World War. If nothing else, it invites scrutiny of Poland’s contemporary history.

The novel tells in detail and through a tragic romantic story what led to the historical Battle of Grunwald in 1410 between the Kingdom of Poland, the Grand Duchy of Lithuania and other allies of the pagans against The Teutonic Order. The German army from the 12th century Crusades, who wore a black cross on their armor and were pledged to obey the Roman Catholic Vatican to bring Christianity to west central Poland even if by cruel means. The Black Cross warriors successfully defeated the pagan Baltic Prussians, and aggressively attacked during this time frame the Kingdom of Poland and the Grand Duchy of Lithuania. But in the summer of 1410 the combined Polish/Lithuanian forces carried the war into the Knights’ turf in Grunwald and slaughtered the enemy in a massive battle that saw thousands of soldiers engaged in the conflict. The result was the end of the Teutonic Order as a player in Central Europe, as The Battle of Grunwald is regarded with great importance in Poland for creating a united country.

When eye-patch wearing nobleman Jurand (Andrzej Szalawski) stops the Black Cross invaders from imprisoning merchants, they get back at him by killing his wife (Alicja Krawczyk). Meanwhile Jurand’s pretty young singing daughter Danusia (Grazyna Staniszewska), the Duchess, while visitingMazovia falls for the impoverished dashing young nobleman Zbyszko (Mieczyslaw Kalenik) who vows to avenge her mother’s death. With that public vow, the Polish king is forced to sentence him to death. However, while on the gallows Danusia covers Zbyszko’s head with her veil and he is saved because that’s the pagan custom. Soon after Zbyszko and Danusia become engaged but she is kidnapped by Siegfried de Löwe (Henryk Borowski) and his two sons, Gottfried (Andrzej Polkowski) and Rotgier (Tadeusz Kosudarski), working for the Teutonic Knights, while Jurand is arrested at the Szczytno castle and tortured. After the Grand Master of the Teutonic Knights dies, his successor Ulrich (Stanislaw Jasiukiewicz) declares war on Poland and her other allies, including Russia and Lithuania. Meanwhile, Zbyszko conducts an extensive search for Danusia, but when at last he finds her, she has lost her mind and dies a short time later in his hometown. It all leads to the Battle of Grünwald in 1410, as the Teutonic Knights’ eastward expansion suffers a major defeat and Zbyszko returns home again to Spychow to marry his childhood girlfriend Jagienka (Urszula Modrzynska).

I thoroughly enjoyed the climax battle scene. But not being a student of Polish history, I had too much trouble following the meandering story and all the foreign characters to enjoy such a lengthy and plodding propaganda spectacle. Its controversial director was the founder in 1945 of the Polish film industry, who used film to advance social messages. When Ford had conflicts with others in the film world over full control for the company he created, Film Polski, and proved he was unable to smoothly run the operation that was monitored by the Soviets and was unable to work in harmony with Party officials, in 1947 he was replaced and fled to Prague in embarrassment. To get back in the good graces of the Party, the opportunistic Ford went along with the new trendy political ‘socialist realist’ films being made and in 1952 his Young Chopin was highly praised by the Party and Ford was back in favor. When the disagreeable Ford once again upset the authorities, he once again found himself out of favor and in 1969 was an exile due to a vicious anti-Semitic campaign against him. In 1980, in Florida, a despondent Ford, agitated over becoming insignificant in Polish films and no longer even mentioned, committed suicide. 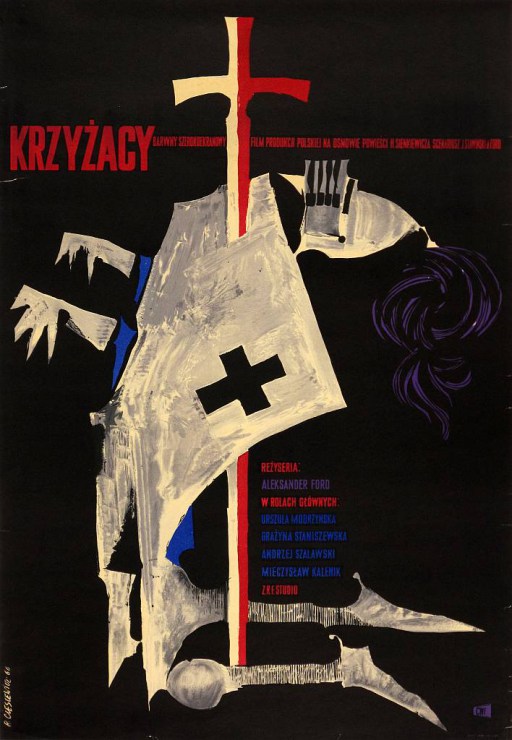