Henry Hathaway’s gritty film noir about a “reformed ” career criminal forced back into the criminal world never rang completely true despite being filmed in a semi-documentary style and the use of authentic location shots to make it seem realistic. Nevertheless, it’s a superb fiction film based on actual events with memorable action scenes of lunacy such as a chuckling psycho hit man, Tommy Udo (Richard Widmark, an unforgettable screen debut), pushing a wheelchair-bound old lady (Mildred Dunnock) down a flight of stairs to her death without ever stopping his maniacal chuckling.

The film opens on the afternoon before Christmas Day and Nick Bianco (Victor Mature) is being sympathetically talked about in a voice-over given by an unidentified soft-spoken female (Colleen Gray): “Nick Bianco hadn’t worked for a year. He had a record, a prison record. They say it shouldn’t count against you. But when Nick tried to get a job, the same thing happened… So this is how Nick went Christmas shopping for his kids.” It leads into the armed heist of a wholesale jeweler, Peacock, located on the 26th floor of a Manhattan office building, by Nick and three of his comrades. The cops quickly respond to the tripped burglar alarm, and in the street shoot Nick in the leg as he tries to flee. He’s the only one in the gang arrested. Nick’s criminal father died in the street from a cop’s bullet, something the kid witnessed. The suggestion made is that crime runs in the family.

Even when threatened with a 15 year sentence by Assistant District Attorney Louie D’Angelo (Brian Donlevy), Nick refuses to squeal and cut a deal for a reduced sentence. Nick’s smooth-talking mob lawyer Earl Howser (Taylor Holmes) promises that the mob will look after his two little girls and wife, and he will work on getting his parole. After serving three years, Nick finds out through a new prisoner at Sing Sing that his wife is dead. Checking the newspapers in the prison library, he learns she committed suicide by sticking her head in the oven and the children have been placed in a Catholic orphanage. Nick finds out all the details from his wife’s friendly neighbor Nettie (Coleen Gray), who when she visits clues him in that a gangster named Rizzo (part of the jewelry heist, as the getaway driver) is responsible for her death. This changes Nick’s mind and he contacts D’Angelo to ‘drop a dime’ on his former crime partners. Becoming a stool-pigeon pays off, as he gets his parole and marries Nettie. But things escalate out of control when D’Angelo forces Nick to get info on Udo or else be sent back to the slammer. He cooperates and gives D’Angelo enough to bring Udo to trial on a murder charge, but the jury fails to convict him. Nick sends his family to the country and rather than wait for the sadistic killer to get him at home, he goes to Luigi’s restaurant on 125th and arranges a meeting with the revenge seeking Udo. The viewer is asked to believe that Nick is a changed man and if he survives, he will now be a good citizen.

Victor Mature gives his best film performance ever, eliciting audience sympathy by convincingly showing that he’s a man trapped by circumstances and will make the right choice when given a chance to lead a good life. The tight screenplay by Charles Lederer and Ben Hecht keeps the pot boiling. It’s a bit preachy but that’s counteracted by how well-made it is, some terrific performances and action sequences that are bizarrely entertaining.

It was remade as the Western The Fiend Who Walked the West in 1958 and again by Barbet Schroeder in 1995, using the original title. Neither film came close to equaling the original. 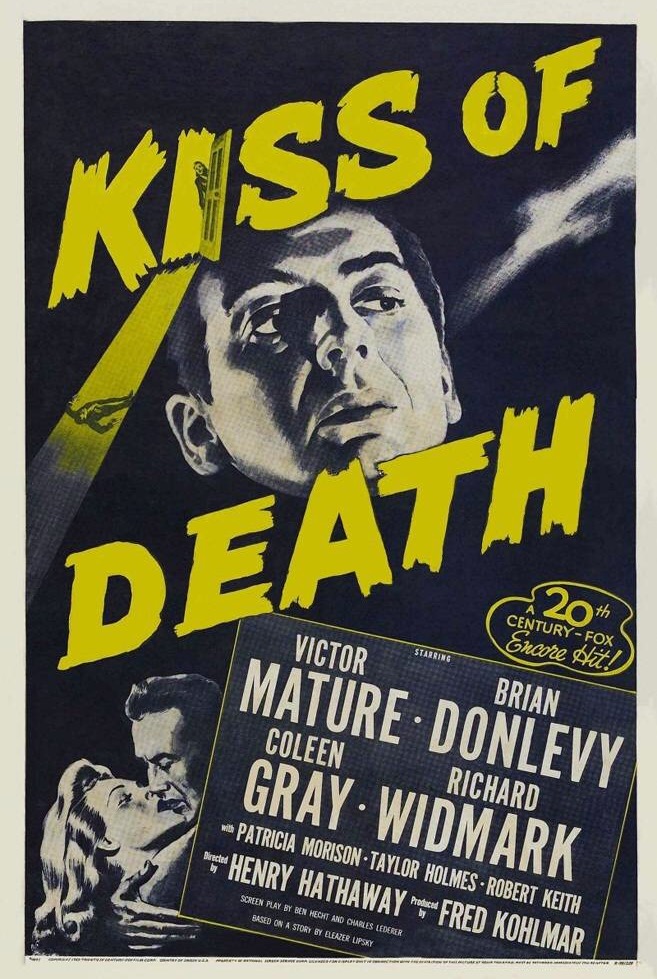