“This one goes down as Frank Sinatra’s worst movie.”

A regrettable musical comedy, that acts as a parody of Westerns. The plot is inane. The acting is wooden. The direction by Laszlo Benedek(“Death of a Salesman”/”Namu, The Killer Whale”/”The Wild One”), in his first film, is the pits. This one goes down as Frank Sinatra’s worst movie. It flopped at the box office.

In 1830, California was a colony of Spain. The struggling innkeeper Chico (J. Carrol Naish) receives a letter from the son of the deceased infamous outlaw, known for his female conquests, the Kissing Bandit, who was the leader of the gang Chico used to ride with. The son, Ricardo (Frank Sinatra), finished college in Boston studying the restaurant business and plans to visit California to help in Chico’s business. Chico thinks the business mentioned in the letter is an outlaw gang. But upon Ricardo’s return to California, Chico learns he’s a milquetoast and only wants to help run the restaurant.

The comedy is dragged out in unfunny scenes that have Ricardo forced into pleasing Chico’s dreams by dressing in his father’s clothes and robbing stagecoaches. A poorly written romance between Frank and Kathryn Grayson gets thrown into the story. There are also a few forgettable songs such as “Love Is Where You Find It” and “Tomorrow Means Romance”, sung by Kathryn Grayson; “What’s Wrong With Me”, and “Senorita”, “If I Steal a Kiss”, and “Siesta.” 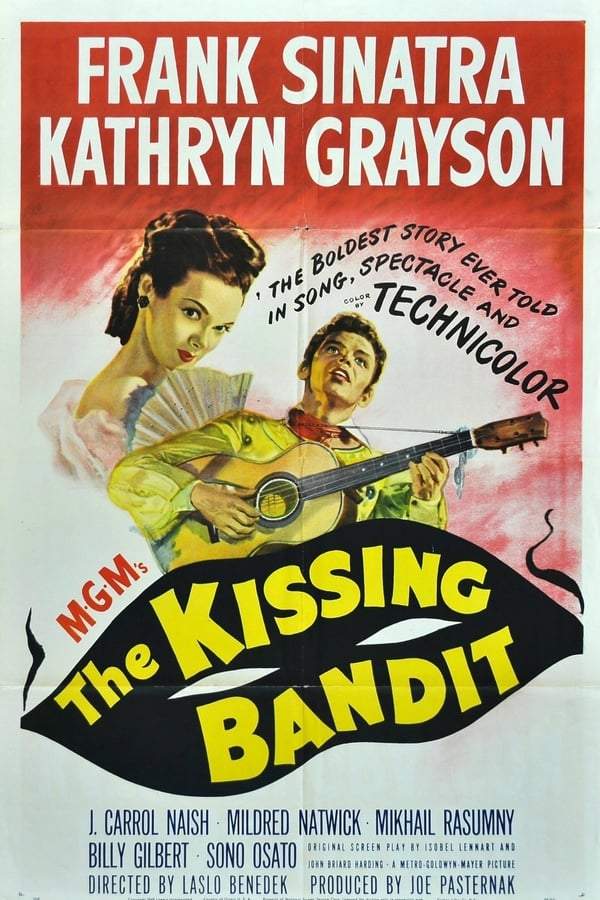 WOMAN IN THE DUNES