KISSES FOR MY PRESIDENT

“Amiable but bland gender-switch comedy about the first woman president of the United States.”

Amiable but bland gender-switch comedy about the first woman president of the United States (Polly Bergen) and how it bruises the ego of her husband (Fred MacMurray), who has trouble with the protocol and that his wife gets all the attention. German-born director Curtis Bernhardt (“Conflict”/”Devotion”/”Miss Sadie Thompson”)sticks with the novel idea throughout, but that’s way too long for a concept that doesn’t have enough steam to sustain it. It’s based on the story by Robert G. Kane and is co-written by Kane and Claude Binyon.Kisses for My President was released in 1964, less than a year after Kennedy’s assassination and a grieving nation wasn’t quite in the mood to see this lighthearted comedy that had Fred MacMurray as the male First Lady, satirizing Jacqueline Kennedy’s famous televised White House tour by drunkenly being a tour guide for a group of TV reporters in the White House. It received only so-so reviews and bombed at the box office.

Leslie McCloud becomes president of the United States and her husband Thad to avoid the ethical issue of conflict of interest gives up his profitable electronics research business, as they move into the WH with their teenage boy crazy daughter Gloria (Anna Capri) and their feisty elementary school son Peter (Ronnie Dapo). With Leslie busy at all hours and Thad finding it awkward to do the traditional feminine duties of the First Lady, Thad jumps at the chance to escort visiting banana republic dictator, Valdez (Eli Wallach), around town. But when Valdez goes on a drunk and is arrested for disturbing the peace, the film raises its dramatic tension as high as it gets, as the administration gets bad publicity from the incident as it cuts off foreign aid to Valdez. A rival senator (Edward Andrews) uses it as ammo to attack the President, and in a Senate subcommittee Thad when interviewed successfully attacks the senator as a phony. Also around is Thad’s old flame Doris Reid (Arlene Dahl), a beauty salon maven, who flirts with Thad and tries to reel him in with a job offer as an executive in her company. Leslie worries she’s overworked and not giving her family the attention it needs when reports of her children misbehaving finmally come to her attention. She also discovers she’s pregnant. This leads to Leslie resigning from office, as the doctor’s told her she would have to lighten her workload. That might have been the funniest joke the old-fashioned 1930s’ wannabe screwball comedy cracked. 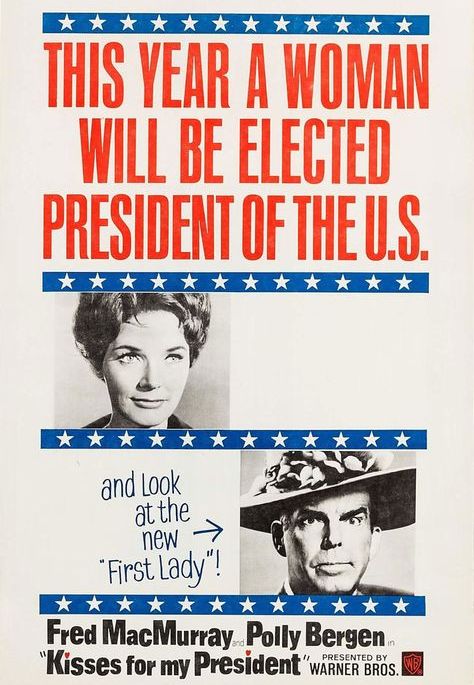