“A kung-fu adventure film that paved the way for the A-Team.”

A kung-fu adventure film that paved the way for the A-Team. The trashy pic should be good for a few laughs, for those who can handle bad films. Writer-director Patrick G. Donahue (“They Call Me Macho Woman“) keeps the revenge angle sizzling and violence as the norm. For Cameron Mitchell fans, beware that he only appears for five minutes and plays a nasty bad guy.

Wealthy electronics businessman Joseph Lawrence (Jeff Risk) is a victim of an assault in his home organized by a rival electronics businessman, who won’t take a no for an answer in his offer to buy his rival’s successful business. Joseph is shot by the sneaky gang leader Dutch (Cameron Mitchell), after he whips the gang by using kung-fu. The incident leaves Joseph wheelchair bound and mentally tortured because he was made to watch his wife gang-aped and murdered. The former commander in the Vietnam War then assembles his former motley special force squad, specializing in kung fu, to get revenge.

The squad comes together without question when the request goes out by the impressive looking black dude Larry (Jean Glaude), Joseph’s right-hand man in ‘Nam, that simply states “Joseph needs you.” They are a disparate group consisting of Arthur (Marc Sabin), Alan (Bill Cambra), K.C. (Jerry Johnson), Tommy (Gary Fung) and Pete (Francisco Ramírez). Their mission is to hunt down Dutch’s gang and take no prisoners.

I wouldn’t judge the pic on its bad acting and dialogue, but give it is due for being so unapologetic as a trashy revenge flick with high entertainment value. 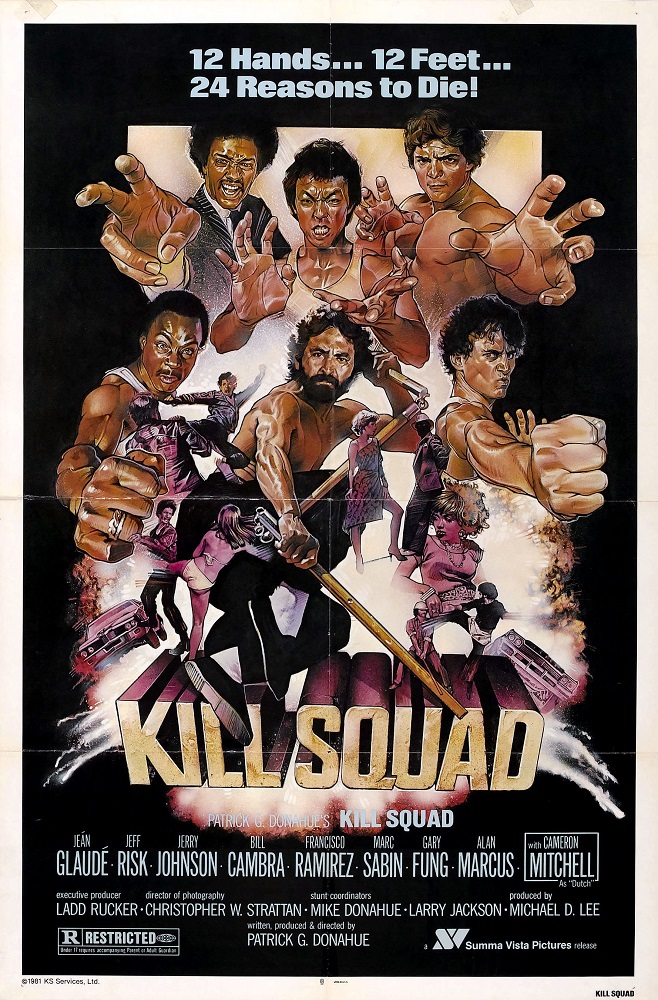