“Routine crime drama made gripping by effective acting, great characterizations and a snappy dialogue like in Pulp Fiction.”

New Zealander filmmaker Andrew Dominik (“The Assassination of Jesse James by the Coward Robert Ford “/”Chopper”)writes and helms this routine crime drama made gripping by effective acting, great characterizations and a snappy dialogue like in Pulp Fiction. The film plays out as a talky derivative film noir, that follows the devious but smooth hitman protagonist, Jackie (Brad Pitt), around as he fulfills his killing contract for a mob run like a corporation, and in the end tells us “America is not a country, it’s a business.”

It’s based on former longtime Boston prosecuting attorney George V. Higgins’ 1974 Boston-set novel, “Cogan’s Trade,” that is relocated for the flick to Louisiana and reset in the weeks just before the 2008 presidential election between Senator Obama and Senator McCain, with the country at the beginning point of financial collapse caused by Wall Street crooked dealings. President Bush and Senator Obama are on TV throughout making speeches about what is their kind of America, which the film-maker finds to be disingenuous in both cases. Higgins other book that scored highly when filmed was The Friends of Eddie Coyle (1973).

The middle-aged pudgy small-fry criminal Johnny Amato (Vincent Curatola) cooks up a scheme to knock off a mob-protected private big stake card game run by small-time mobster Markie Trattman (Ray Liotta), who fessed up to once knocking off his own card game but was given a pass because he was in with the mob. Johnny hires two dumb young losers to stick-up the players, the strung-out from heroin mouthy Aussie named Russell (Ben Mendelsohn) and small-time impoverished crook Frankie(Scoot McNairy). The bumbling duo gets away with the stick-up, and the fiscal-minded, uptight mob middleman (Richard Jenkins) is sent by his bosses the pragmatic and efficient Jackie Cogan to take care of the robbers. Jackie says “I like to kill ’em softly — from a distance,” and recommends immediately knocking off Markie to gain confidence with their card players as a PR move even if it’s clear he’s innocent. But the middleman, always meeting the hitman in his car, expresses the desire of his bosses to administer instead a mild beating and pursue the real culprits. Jackie argues that it would be more merciful to kill Markie without the beating, since he’ll have to be killed anyway to protect the integrity of the game.

The beatings and killings all come with haggling from all parties concerned, somethingDominik excels in by making all the hitman contract negotiations quite delectable in the interplay between the odd characters. When contentious slob veteran NY hitman Mickey (James Gandolfini) is brought to New Orleans to do a hit, at a higher fee than the standard, things get even funnier as the killer loses his edge as a hitman over a drinking and prostitute binge and Jackie has to do his job.The crime story is filmed as a parable of what is taking place in the business world and on the street in contemporary America, comparing gangsters to bankers as possibly one and the same.It’s a film not suited for all tastes, but I found it to be a modern-day film noir treat. 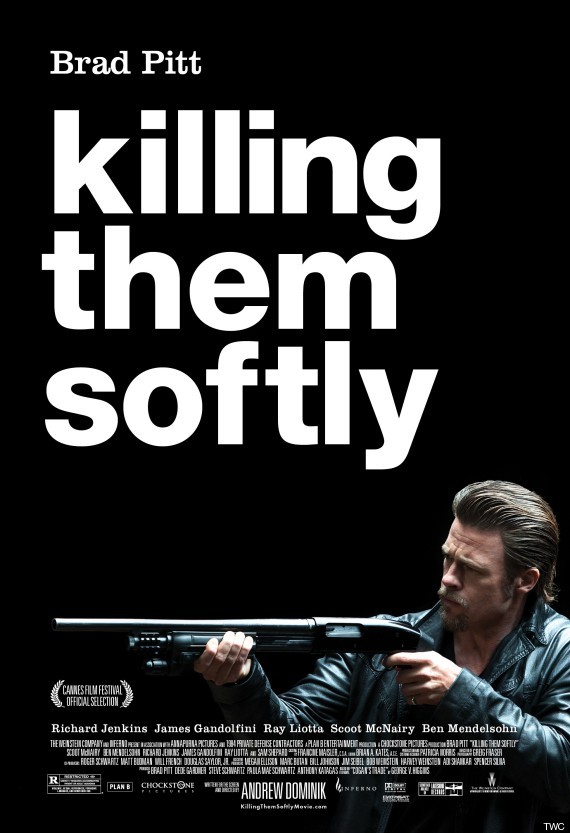