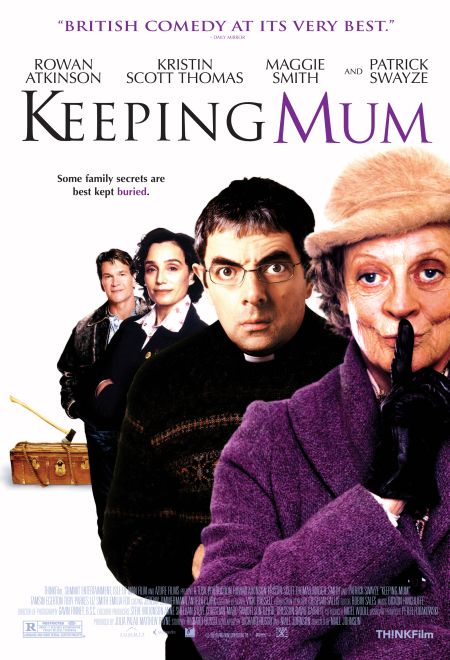 Writer-director Niall Johnson’s (“The Big Swap”) disappointing British black comedy is middlebrow fare based on a script written by the popular American novelist Richard Russo, which is based on his story.

Set in the quaint rural English village of Little Wallop, population 57, where the dysfunctional family of the insecure stuffy dullish vicar Walter Goodfellow (Rowan Atkinson) and his sexually frustrated bored wife Gloria (Kristin Scott Thomas), their wimpish son Petey (Toby Parkes) the target of school bullies and the sexually active 17-year-old daughter Holly (Tamsin Egerton). The family is beset with so many social problems that seem to be escalating out-of-control but upon arrival of their new housekeeper, the mysterious and angelic busybody Grace Hawkins (Dame Maggie Smith), who hides that she’s a released murderer after four decades in prison and the mother of one of the main characters, all their problems are attempted to be resolved by her sitcom-like wisdom. Grace must deal with the foul-mouthed Gloria who is set on having an affair with sleazy American golf pro Lance (Patrick Swayze), helping cloddish Walter become a more inspiring preacher, and getting the kiddies back on the right track. The first hint we have where this Mary Poppins serial killer flick is going, is the disappearance of a barking neighbor’s dog that disturbs Gloria.

The film remains lame-brained in its simplicity and never provides the laughs it should, and only brings in some light because of the scenic views of Cornwall. Maggie Smith is so hampered by this limp script that even though she goes through her usual pleasing stage gestures and comic antics, it seems a wasted effort over such a minor work.

A BLUEPRINT FOR MURDER