“What the disappointing nevertheless fascinating visual film never clears up is all the confusion it leaves us with.”

The war drama on evil, fixated on the Golem legend, is based on the novel by F. Paul Wilson. Assured filmmaker Michael Mann(“Blackhat”/”Public Enemies”/”Miami Vice”) stylishly directs, with an eye to the occult, and co-writes it with Dennis Clark. The filmmaker is inspired by German film historian Siegfried Krakauer, who in his book, From Caligari to Hitler, traces the fascist mindset and the contradictory early German expressionist movement in film as a possible inspiration for fascism. The dated music coming from Tangerine Dream has more pits in it than can be digested.

In 1941, during World War II, a Nazi squad led by the good anti-Fascist German, Captain Woermann (Jurgen Prochnow), occupy a small Romanian village near the Carpathian Mountains. They unwittingly release an evil force in the castle ‘keep’ called Molasar, buried deep in the ancient stone fortress that is now used by the Nazis as their headquarters. The unseen force, released within the castle, mysteriously eats the soldiers one by one.

To help explain the untranslatable ancient writing found in the Keep, the Nazis bring their cranky oldster concentration camp Jewish prisoner scholar, Professor Cuzu (Ian McKellen, to the site. Also brought there is his sexy young daughter Eva (Alberta Watson). When the Nazis rape her, the evil monster saves her from the thugs and makes friends with her and her dad–promising permanent protection from the evil Nazis. It’s that kind of an inane film.

To make sure the monster is not released from the ‘keep,’ the humanoid, a mysterious traveller, Glaeken Trismegestus (Scott Glenn), arrives on the scene and deems it his mission in life to save the day from such evil forces. To be the hero he must sleep with Eva, supposedly a ritual needed to sate the evil spirits.

The Nazi of note is Gabriel Byrne, who hams it up playing a sadistic SS officer. His SS men come to the aid of Captain Klaus’s men and live it up acting as you would expect perverted Nazis to act.

What the disappointing nevertheless fascinating visual film never clears up is all the confusion it leaves us with. Seemingly headed in the direction of being an eerie and mind-blowing sci-fi horror story, it shifts gears and instead becomes superficially tantric. 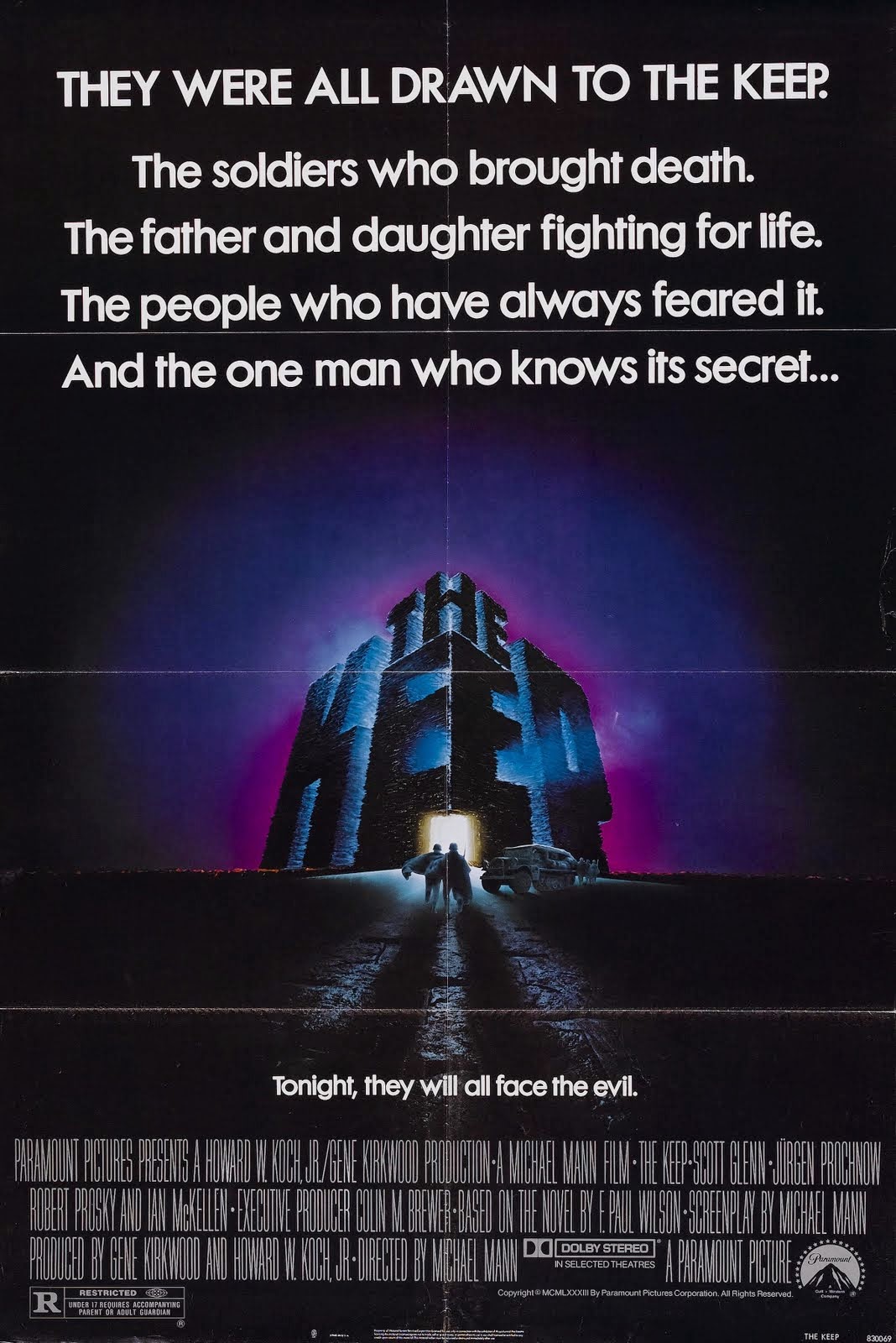