“It’s a lot like those Cary Grant screwball comedies.”

A very cute romantic comedy, perhaps too cute, which hangs its hat on the gimmick of time travel. If one can suspend their disbelief, they will be rewarded with a charming romance that holds one’s interest until the predictable ending kills some of the good will achieved throughout. It’s a film that is supposed to make you feel good about two people meant for each other overcoming obstacles placed in their relationship and coming together despite being overwhelmed by their predicament. It does just that. In this case he’s from the 19th century and she’s a 21st century woman, which makes for a span of over a century to overcome. Obviously, that’s no big deal for Hollywood!

James Mangold (Heavy/Copland/Girl Interrupted) directs a film that looks resplendent, has a witty though unoriginal script, and a cast that is uniformly endearing. Special kudos must go out to Hugh Jackman in his Victorian nobleman role, which he masterfully conveys as the dream man for all the females who swoon at the feet of a titled, sophisticated, witty, gallant, handsome Englishman. It’s very much an image created by pulp-romantic books and used for big box-office by Hollywood since its inception. Meg Ryan is sweet as the perky girl who found her Prince Charming and can’t believe it’s so. Liev Schreiber as Meg’s eccentric inventor ex-boyfriend who becomes a time traveler through his mastery of meteorology, is the good-natured slob who has to talk his way out of first the hospital because of a broken leg and then the psycho ward to get his time traveler guest to the portal on time for his return journey; and, when Liev does escape he realizes his time traveler guest is courting the lady he still loves. Charlie McKay as Meg’s likable brother has some good comic moments interacting with the lovers. His best line is in reply to Jackman’s cultural discourse on the art of food as a necessity of living the good life, as he relates the McKay theory on food: “Shake, shake the ketchup bottle. None’ll come out and then a lot’ll.”

It’s a trifle that meets its limited aims and has done its market research well, as it’s bound to please an audience who wants to believe in this adult fairy-tale fantasy as something they wish could happen to them and to amuse another audience that is just looking for a mild diversion from reality.

Leopold, the Duke of Albany (Hugh Jackman), is a most eligible bachelor gentleman of privilege in 1876 who will have his uncle choose a rich bride for him tonight. His parents are deceased and his inheritance is drying up, all that’s left is his title and his impeccable manners and his inventive spirit. He no longer lives in England but in his uncle’s Manhattan brownstone mansion, and arrives late to the ball where his unattractive choice for a bride will be announced at midnight. He has just returned from the opening of the Brooklyn Bridge and he spies the stranger in his uncle’s house he saw with a camera at the bridge ceremony now rummaging through his room. He pursues the intruder and accidentally tumbles with him off the girder of the Brooklyn Bridge and ends up in 2001 New York City, in the apartment of that discoverer of a portal in time, Stuart (Liev Schreiber). It will turn out that Leopold is Stuart’s great-great-grandfather, something the film never becomes very clear about. If you’re checking this film out for plot holes, there are just too many to note them all.

Leopold, dressed in what looks like a Sergeant Pepper uniform, becomes the fish-out-of-water time traveler landing in modern NYC, who is the inventor of the modern Otis elevator, named after his butler (Bosco). He is flabbergasted to be in a New York he could hardly recognize or tolerate. He can’t deal with Stuart’s lifestyle — all the remote controls for the high-tech gadgets, the toaster that doesn’t toast right, and the frozen food eaten that lacks concern for the culinary arts.

But Leopold’s dismay is eased when Stuart’s downstairs neighbor, ex-girlfriend, the attractive blonde, Kate (Meg Ryan), suddenly appears when she hears a disturbance in Stuart’s apartment. Kate is a Type A corporate market research executive for an ad company who tests the public’s taste in items such as margarine. Leopold falls in love with Kate instantly and she becomes overwhelmed by his chivalry, refinement and old-world courtesy. Leopold even stands when a lady rises from the table and refers to dating as courting, and advises her aspiring actor but doltish brother Charles (Breckin Meyer) how to win his dream lady’s heart by being sincere.

The topper to clinching their romance comes when he borrows a carriage horse and chases down Kate’s mugger by galloping at full speed across Central Park to retrieve her handbag. That scene looked phony, it looked as out-of-place as if an al-Qaeda terrorist was asked to pose for the American media with a Walkman and a “I Love N.Y.” sticker on his turban.

The ambitious Kate is in need of Leopold’s help in her job, as she is jockeying with her crafty and wolfish boss, J. J. Camden, for a promotion to vice president of the firm. So she recommends Leopold to audition to become a spokesman for a television commercial on a low-fat margarine. All goes smoothly until Leopold samples the product he’s telling the public about in glowing terms and irately walks off the set, stating it tastes like “pond scum.”

The film hypocritically puts pious words in Leopold’s mouth as he sermonizes to Kate: “You have every convenience, every comfort, yet no time for integrity.” Kate replies, “I’ve been paying dues all my life, and I’m tired, and I need a rest, and if I have to sell a little pond scum to get it, then so be it.” Yet the film is being sold to the public in the same way the margarine is. It also seems the filmmaker has developed a case of amnesia in regard to Leopold’s integrity, wasn’t he willing to marry a pig to get rich quick?

It all results in a lightweight fantasy romance that is old-fashioned, stylish, and terribly flawed; yet, it is bearable because the actors are perfect for their parts. It’s a lot like those Cary Grant screwball comedies, but not quite as enjoyable or funny or screwy. One thing is very clear, this film makes no pretense to be anything resembling reality and that suits it fine. It’s a fantasy about an innocent romance that is easy to take and a science fiction story that is easy to let go of. 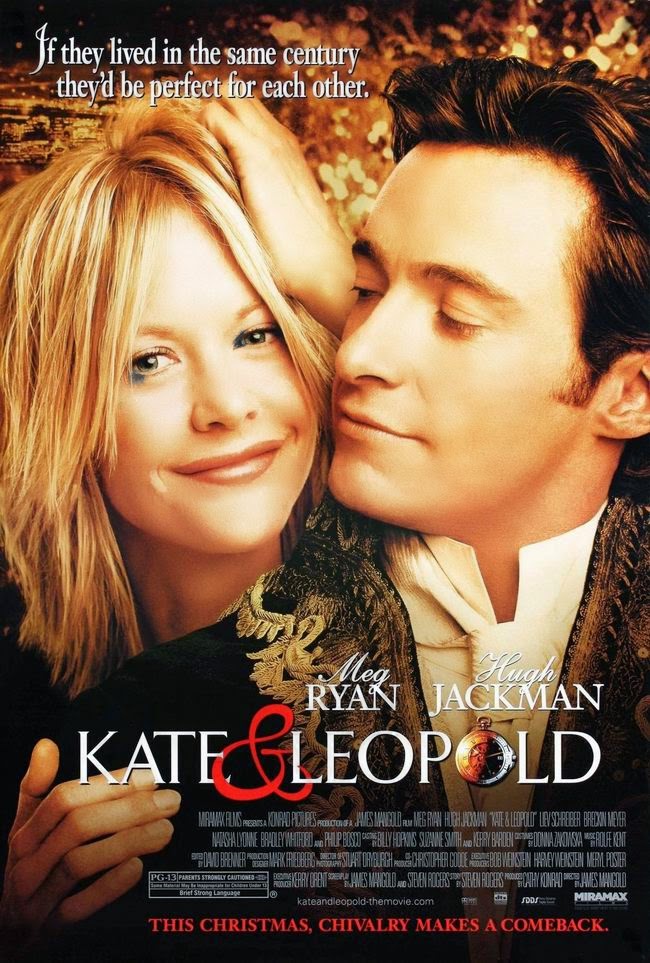