KANSAN, THE (aka: WAGON WHEELS)

“Routine Western uplifted by the lively direction of George Archainbaud.”

Routine Western uplifted by the lively direction of George Archainbaud (“The Lost Squadron”/”The Lone Ranger”/”Hopalong Cassidy”)and the solid performance of popular silent screen star Richard Dix, as the stalwart hero of the western frontier railroad town of Broken Lance, Kansas, in the late 1800s.It’sbased on the 1939 story “Peace Marshal” by Frank Gruber, and the b/w western is written by Harold Shumate. It has the usual western set pieces (a saloon fight, an ambush, a stampede and a shoot-out in the climax) and it follows the formula of the bad guy is the town’s most respected citizen, who tries unsuccessfully to rope in the honest marshal in his scheme to fleece the town. If you’ve seen only a few westerns from that period, you know the deal and this one offers no surprises. Those concerned about racial stereotyping will object to the role of black actor Willie Best, as he always acts frightened by rolling his eyes and is beholden to the generosity of the white man to earn his keep as the servile hotel porter.

Drifter cowboy, gold miner and Civil War veteran sharpshooter John Bonniwell (Richard Dix) gets wounded stopping the James Gang from robbing the bank owned by Steve Barat (Albert Dekker), and the grateful banker sponsors the new town hero John to run for marshal. The adventurer John is heading to Oregon to see if he can make a fortune, but stays as the newly elected marshal because he’s attracted to the pretty Eleanor Sager (Jane Wyatt). She’s the owner of the hotel where he takes a room, who makes him feel welcome by giving him some big friendly smiles. Eleanor is engaged to shifty gambler Jeff Barat (Victory Jory), the brother of Steve. Jeff is crooked, but who is not as crooked or dangerous as his brother. Jeff’s romance with Eleanor doesn’t stop John from making a play for the irresistible Eleanor, who has already turned down Jeff’s marriage proposal.

Quickly John develops a strong dislike for Steve, as the greedy banker uses the law to unfairly but legally squeeze every cent out of the citizens. Steve does such heartless things as putting up a toll bridge before one can enter the town, with the toll going solely to him. When John’s old friend, the Texas cattleman Tom Waggoner (Eugene Pallette), refuses to pay an outrageous $5,000 toll for the cattle to cross, John advises a stampede. This leads to the corrupt Steve, with a secret criminal past in New York City, hiring John’s old nemesis Gil Hatton (Francis McDonald) and his gang to eliminate the marshal. John fights back with support from the town and gets unexpected help from Jeff, who doesn’t want to be identified with his criminal brother. 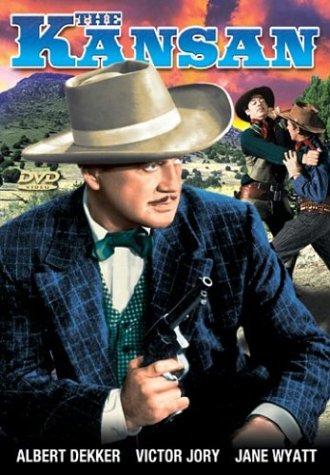