“A picture of considerable worth.”

This is the haunting second film in Polish director Andrzej Wajda’s WWII trilogy, with the first one A Generation and the final one Ashes and Diamonds. It’s set in the kanals or sewer system of Warsaw, as a group of partisans have no time left to wait for Russian help and try to escape from the Nazis during the last week of the 63-day Uprising in 1944. It is based on the experiences of Jerzy Stefan Stawinski, a Polish patriot who participated in the 1944 Warsaw Uprising as a 24-year-old.

This bleak war story, of fighting a losing battle, made Wajda recognized in the west for his great cinematic achievement of getting the story out to the world. The film focuses on three groups of Polish soldiers and freedom fighters trying to escape the Nazis through the labyrinthine Warsaw sewer system — as the subterranean setting is used as an anti-war metaphor.

The film is very gloomy and intense with no light let in, as most of the participants in the escape met horrifying ends: two lovers reach an exit only to find it sealed off by a metal grate, many reach the surface only to find the Germans waiting there, some commit suicide, one musical composer loses his mind and walks alone through the sewers, there’s a traitor in one group, and seemingly everywhere the freedom fighters open a manhole cover they are fired at by snipers with machine guns. The dankness, the fumes, the underground rats and the walk through the waist-deep slime, leaves the freedom fighters fatally trapped, dispirited and dazed in the dark hell of the kanals. They have not only lost the battle but most have lost their ideals and humanity, and are only operating on their base instincts.

Though unpleasant to watch and the characters never appear to be more than stereotypical ones found in many war films, it’s nevertheless a picture of considerable worth. It won two prizes at the 1957 Cannes Film Festival. 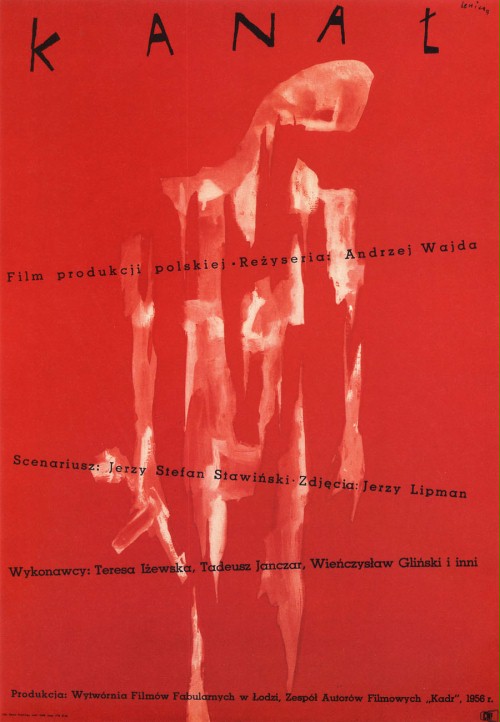