KALEIDOSCOPE (aka: THE BANK BREAKER)

The wealthy American Barney Lincoln (Warren Beatty) is a professional gambler and playboy, who has figured out a way to beat the European gambling casinos. Barney breaks into the Kaleidoscope card factory in London which supplies cards to all the casinos in Europe and marks the cards. This leads to Barney making a killing in the Monte Carlo casinos, but it makes his new British girlfriend Angel (Susannah York), a fashion designer, suspicious enough to alert her father, Inspector ‘Manny’ McGinnis (Clive Revill ), a Scotland Yard top detective to investigate. When confronted with his crimes, Barney agrees to help the police capture Harry Dominion (Eric Porter), a notorious criminal and drug smuggler and compulsive gambler, to avoid jail. Our boy lures him into a high-stake poker game, that’s fraught with danger.

Beatty’s cool image has somehow eluded me throughout his career, while this hipster swinger pic has its entertaining moments it nevertheless tries too hard to be dazzling. I, for the most part, found its groovy story and fashionable camera tricks outdated and the pic as disposable as a bad deck of cards.

Susannah York replaced Sandra Dee, who had a schedule conflict. Beatty, thinking with his dick, wanted to score with Dee, and requested her as his co-star; while Smight didn’t think Dee was right for the part and sighed with relief when she bowed out. 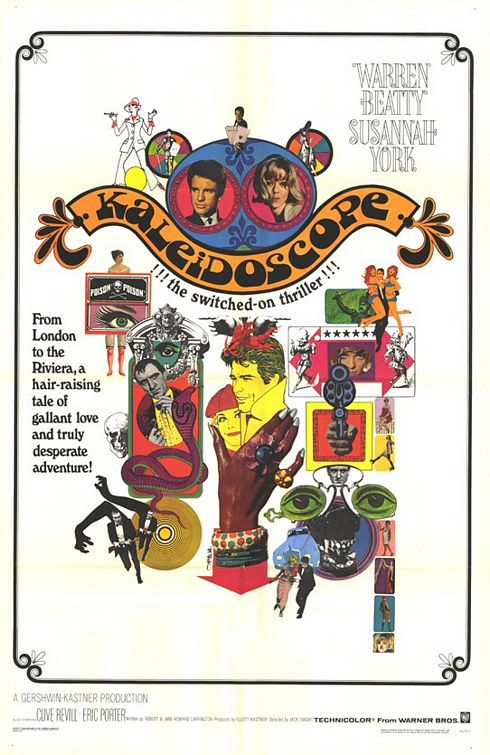