“A slack melodrama pumped up by too many improbable coincidences for just one nightto be believed by even the most naive viewer.”

A slack melodrama pumped up by too many improbable coincidences for just one night to be believed by even the most naive viewer. Irving Reis (“The Big Street”/”The Bachelor and the Bobby Soxer”) directs as if he got a sunstroke and can’t see clearly. Writers Richard Collins and Arnaud D’Usseau based it on the story by Ben Holmes. The script manages to keep several subplots going until they are all neatly resolved in the final act when all the loose ends are tied up.

The California seedy tourist camp (consisting of cabins, a lunch counter and a gas pump) at the entrance of the Mojave Desert, the Autopia Court, is run by the kind-hearted elderly transplanted Midwesterners Ma and Pa Matthews (Emma Dunn & George Dunn). Their married daughter Mae Andrews (Anne Revere) is living there with her young son Bobby (Casey Johnson). She stays there as a waitress to hide from outsiders and her son that her innocent husband Jim (Paul Guilfoyle) has been in prison for four years because the jury didn’t believe him that two hoods forced him to drive the getaway car in a Diluth bank hold-up. Her younger sister Annie (Gale Storm) glumly works there as also a waitress and is courted by the starry-eyednice guy gas station attendant Vince (Dick Hogan), whose romantic overtures she rejects. Gladys (Billie Seward) is a former gun moll who works at the lunch counter grill. She and the ambitious hard-working truck driver Joe (William Haade) plan to marry that night, despite her misgivings about not telling him about her checkered past. A bus load of tourists stops for lunch but one of them is pregnant and going into labor, Ruth (Adele Pearce), and she must rest at the motel rather than go onto San Diego to be with her sailor husband Mat (Steve Pendleton). The quack traveling snake oil salesman, Brother Joseph (J. M. Kerrigan), stays overnight after getting a flat and tries peddling his miracle elixir to everyone he meets. Two detectives (Harry Shannon & Ferris Taylor) show up with an arrested AWOL sailor, who happens to be Ruth’s concerned hubby. Mae’s husband Jim escapes from the nearby prison and returns to see Mae, telling her that he wants to track down the two hoods who framed him and clear his name. When learning that Jim escaped, the two thugs (Charles Lang & Don Costello) have come to the camp to kill him. In another coincidence, these gangsters are familiar with Gladys and her former gangster boyfriend, and threaten her unless she helps them locate Jim.

The action takes place over one night. Though it’s a second-rate B film poorly executed and acted, it could have been worse. 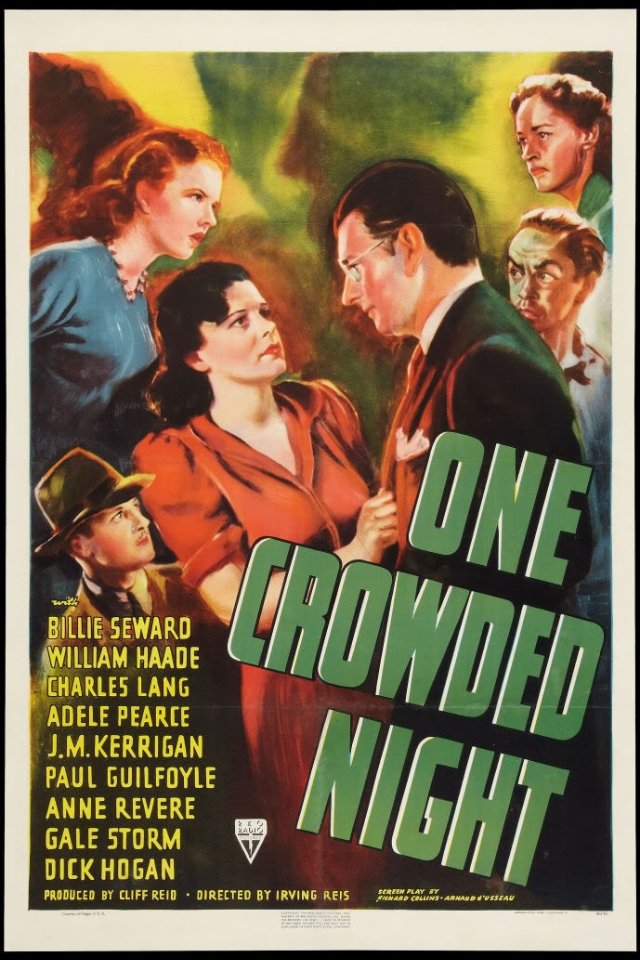 A CAROL FOR ANOTHER CHRISTMAS