“All too familiar coming-of-age story.“

Anthony Drazan (“Zebrahead”/”Hurlyburly“)sensitively directs this all too familiar coming-of-age story, that he keeps emotionally honest and gets great performances out of his stars.But it’s all too predictable, never reaches any depth in its insights, and I found it growing increasingly tiresome because the storyline was so derivative. It’s set in Portland, Oregon circa 1962.

Imaginary Crimes is based on the autobiographical novel by Sheila Ballantyne, andis written by first-timers Kristine Johnson and Davia Nelson. Harvey Keitel plays Ray Weiler, a small-time con man, operating on either side of the law and with big dreams about striking it rich (mining schemes in the Cascade Mountains and other get-rich-quick scams that never pan out). Ray also has a drinking problem. He’s a single parent ever since his cancer-stricken wife (Kelly Lynch), seen in flashbacks, died eight years ago. Ray struggles to raise his two teenage girls with all the essentials and an appreciation for culture, while keeping one step ahead of the bill collector. He aims high, to be the best father in the world. Unfortunately he’s given to childlike acts of destructiveness and being delusional, not accepting his failings in a mature and realistic way.

Ray’s eldest daughter Sonya (Fairuza Balk) is a bright 17-year-old high school senior and an aspiring author, who writes emotionally gripping raw stories. The youngest daughter Greta (Elisabeth Moss) is a junior high school student who has learned how to survive in such a chaotic household, where dad’s lies are the norm. Both girls have become embarrassed, alienated and eventually deeply hurt over their dad’s never ending lies, schemes, and empty promises. He’s at risk of losing them completely, if he doesn’t learn how to communicate better with them and get his life in order.

Vincent D’Onofrio plays the dedicated private school English teacher, who realizes dad is the source of Sonya’s writing materials and encourages her writing and to attend college to polish her writing skills.

Things move disappointingly along for the hard-pressed family, until things reach critical mass when Ray’s crooked mining scheme hits some trouble because he has not obtained all the mining rights he claims he has. This bothers his long suffering business partner Eddie (Seymour Cassel) and it bothers even more his new investor Jarvis (Chris Penn), a dangerous man who is becoming impatient with the way things are going down.

The family drama film is seen from Sonya’s point of view (which is why Ray is viewed in such a shallow childish way), who acts as the narrator. It asks the question if a seemingly well-intentioned but deceitful con man is really capable of being a good dad and if a child brought up in such an unstable household can overcome such a hardship.

It’s bearable because Keitel nails his role, but it never becomes endearing or a compelling watch. 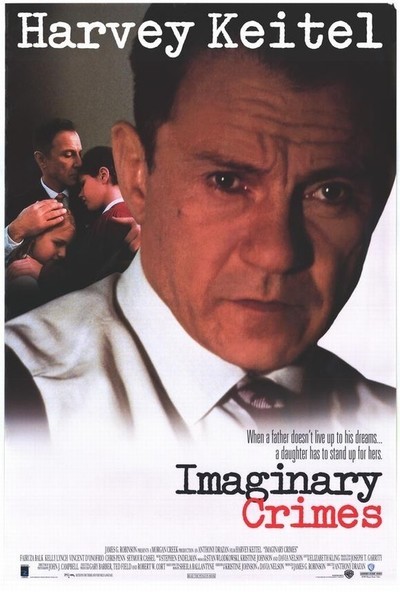