JOURNEY TO THE WEST (XI YOU XIANG MO PIAN)

“It makes good use of computer animation and slapstick action comedy.”

Hong Kong actor-director Stephen Chow (“Kung Fu Hustle”/”C.17″/”Shaolin Soccer“) and Derek Kwok co-direct and co-write this comedy, horror and martial arts pic, that’s based on the legendary 16th-century Chinese novel by Wu Cheng’en. Chow reportedly took over direction from Derek Kwok midway through the shoot. The film, though little seen in the States, was a big hit in China. It’s a story that has been adopted to movies many times. It makes good use of computer animation and slapstick action comedy.

In ancient China the hopelessly inept mop-haired demon hunter Tang Sanzang (Wen Zhang), a Buddhist acolyte, tries and fails to get the evil out of the demons via a Buddhist nursery rhyme book, something he uses as a guide to do his tracking. He’s helped by a tomboyish huntress, Miss Duan (Shu Qi,), who rescues the mission by taking charge in a deathly restaurant run by a treacherous, shape-shifting boar demon known as KL Hogg (Bingqiang Chen). The experienced demon hunter Miss Duan, who is in love with Tang and hopes to win him over, keeps popping up to help the out of his league Tang overcome other obstacles on his trip. Tang, only interested in spiritual salvation, shuns her love and decides to travel to the five-finger mountain to meet the Monkey King (Huang Bo) to learn the master’s secrets about the Buddhist scriptures. The Monkey King, however, has another agenda, as he severely tests Tang’s beliefs.

The battle scenes with the likes of a giant fish monster, a pig demon and a murderous monkey who’s been imprisoned in a mountain for 500 years, are all fun and excellently choreographed. The technically top-notch pic is also a high energy one and deserves an audience in the West. It does a good balancing act of mixing in crowd-pleasing slapstick set pieces with weighty philosophical questions about attaining enlightenment, and offers a warning of being blind to earthly love. 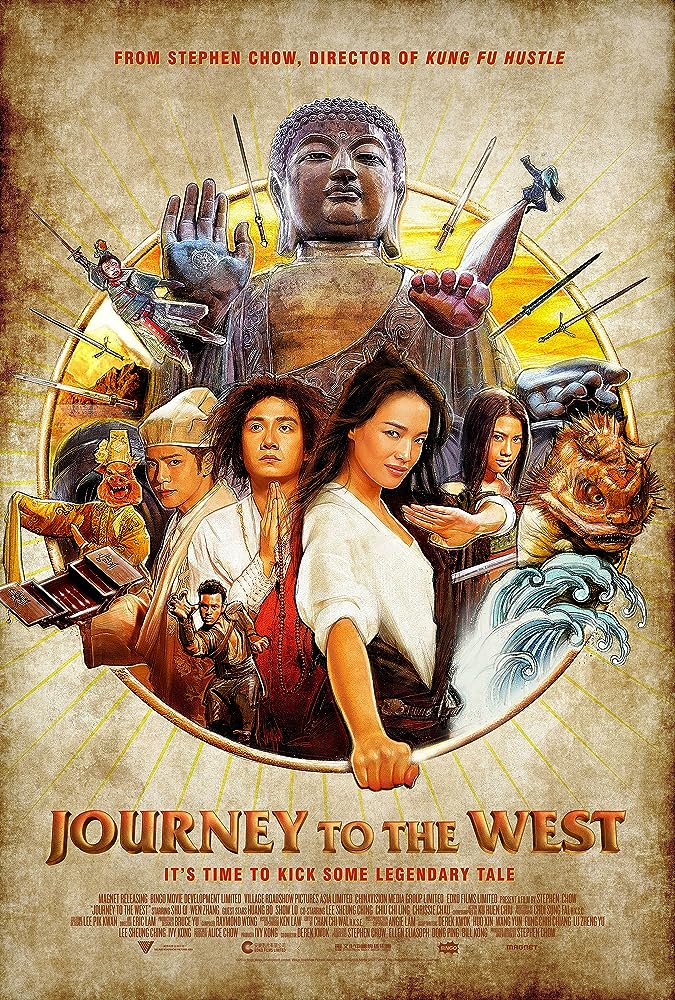