“There’s nothing to see here that needs to be seen.“

The eight installment of the commercially successful but critically rebuked horror franchise film, renown for Halloween theater release openings and for launching the “torture porn” trend, is back and is directed by newcomers to the franchise, the German-born Australian living brothers Michael & Peter Spierig (“Predestination”/”Daybreakers”). Screenwriters Josh Stolberg and Peter Goldfinger try to explain the excessive gore by its characters talking a lot of trash. Though the psychopath serial-killer John ‘Jigsaw’ Kramer (Tobin Bell) died five films ago, in 2010, he’s nevertheless somehow resurrected and appears in the film after about an hour or so. The sicko has five motley victims trapped and shackled in a farm rigged with enough lethal contraptions to kill the entire ISIS army. The raspy speaking Jigsaw is some kind of moralist, whose supposedly sinful frightened captives are forced to run through an obstacle course and try to survive from contraptions such as a silo, used to bury the vics alive, that fills first with grain and then with sharp implements.While forensic scientists check out clues of mutilated corpses suddenly turning up around the city, the detectives Halloran (Callum Keith Rennie) and Hart (Cle Bennett) investigate who killed them. Meanwhile the medical examiner Logan Nelson (Matt Passmore) and the kinky pathologist Eleanor Bonneville (Hannah Emily Anderson) examine the bodies, where there’s one called “Buckethead” because his face was immured in one just before contacting a circular saw. Briskly taken down this gory path of senseless torture, we are led like sheep into the Final Reveal but not before we must endure a few more ugly plot twists. None of it adds up to being more than exploitative hokum and of following bland one-dimensional characters who are trapped in such a vile film. Though it’s well-executed and visually pleasing, there’s nothing to see here that needs to be seen. It’s just another bad Saw flick that’s better than some in the franchise and worse than others. 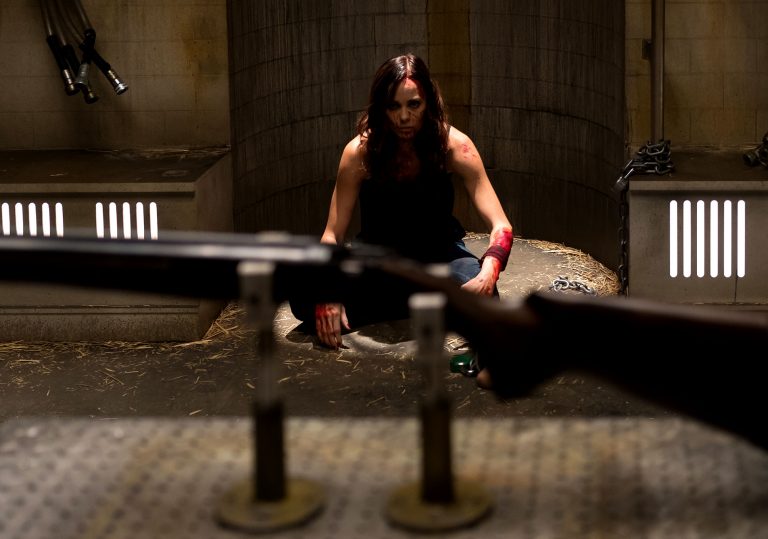 GIRL WITH THE DRAGON TATTOO, THE