“Laurent Lucas is brilliant as the titular hero.”

Jean-Marie Lustiger (Laurent Lucas) is the Jewish cardinal, a Polish-Jewish immigrant to France, who in 1940, during the German occupation of Orleans, at age 13, converted to Catholicism against his parents’ wishes. Ilan Duran Cohen(“Lola Zipper”/”Grand Son”/”The Joy of Singing”) directs this gripping true story about how Lustiger’s Jewish parents sent him and his sister Fanny (Audrey Dana) to safety to live with a Catholic woman in Orleans during the German occupation. His mother was murdered at Auschwitz, while his father (Henri Guybert) survived.

Cohen co-writes the touching screenplay with Chantal Derudder, that tactfully handles the question of anti-Semitism in Poland and what it means to have a religious leader who is still nourished by his birth religion. The beautifully told biopic is a compelling watch, and Laurent Lucas is brilliant as the titular hero.

The story begins with a moped riding Parisian priest, Lustiger (Laurent Lucas), in 1979 promoted to be the bishop of Orleans and a year later Pope John Paul II (Aurelien Recoing) promotes him to be the Archbishop of Paris and his chief advisor.

Lustiger is told by his family, the chief rabbi of Paris and many church officials that you can’t be both a Christian and a Jew, you must choose one or the other. This comes after Lustiger tells the press that he is still a Jew and also a Christian. But the conflicted Lustiger refuses to disavow being Jewish, while rising in the Catholic hierarchy.

A conflicting moment arises when Lustiger cowardly fails to keep his promise to his father (Henri Guybert) to say Kaddish for him upon his death. The most tense moment revolves aroundthe controversial installation of a convent by Carmelite nuns on the Auschwitz grounds, which is opposed by Jewish groups as an insult to their heavy loss during the Holocaust. They consider the death camp to be a Jewish cemetery and see red when a cross is placed there. How Lustiger convinces the politically astute Pope to intervene, provide some of the film’s most fascinating moments.

Lustiger is made a cardinal in 1983, as he’s determined to improve the education for priests, to modernize the Catholic faith to make it more appealing to the younger generation, and by regular radio broadcasts to communicate to the faithful.

The chain-smoking Lustiger proves to be a flawed person, who at times has trouble controlling his anger, suffers from self-doubt and uncertainty if he has done the right thing choosing loyalty to the church above all else. The excellent portrayal by Lucas lets us feel how vulnerable the brilliant church leader is and how trying it is for him to be both a Jew and a Christian, someone he says is like Christ.

The intelligent film has caught on at Jewish film festivals and should appeal not only to a religious audience but an open-minded one. 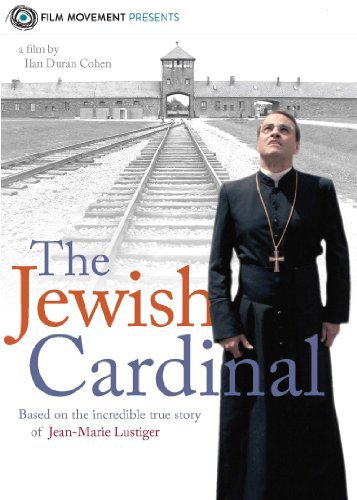