There was nothing pleasant about this bleak but competently told based-on-fact drama, which has political overtones as well as a study of religious intolerance. Its subject matter is the Spanish Inquisition, something that lasted in Portugal for a few hundred years only ending in 1821. Director Jom Tob Azulay focuses on the difficulties endured by Brazilian/Portuguese playwright Antonio Jose da Silva (Filipe Pinheiro) in the early 18th century in this period drama. He refuses to confess that he’s a Jew in the face of persecution from Inquisition tribunals; that leads to a heresy charge and the threat of torture and execution.

After emigrating to Lisbon, Portugal, from Brazil in 1715 Antonio, whose nickname is “The Jew,” has a brilliant artistic career and marries into nobility. But in those ignorant times, prejudice was a way of life. Though he was a practicing Catholic, he was still of Jewish descent. He was a Marrano (Jews who were forced to convert to Christianity but like many other Marranos, he was thought to have secretly followed Judaism). The Spanish and Portuguese Inquisitions never accepted that anyone whose ancestors were forcefully converted to Christianity could possibly be a true Christian, and the Inquisition unmercifully persecuted these “conversos” according to the letter of the law. Antonio was tortured once and set free. But then he was accused again of heresy and tortured again, and this time after not admitting he was of Jewish descent he was burnt at the stake at the age of 32. A very grim tale, indeed.

Though well-acted by the ensemble cast of Brazilian and Portuguese actors and well-photographed and an accurate depiction of history, it was too much like reading a textbook and lacked the drama to get the audience more involved rather than just wringing their hands in disgust with the obvious brutality of such religious intolerance. The film could never delve into the inner workings of the victim and dig out of him how he felt and what he was all about. As a matter of irony, it shows an audience excited about his satirical puppet plays and this is juxtaposed with scenes of him being tortured during his confinement. Showing how the Crown and Church were in cahoots and how corruption and bigotry were the rule of the day in Lisbon, are not enough to overcome its shortcomings. 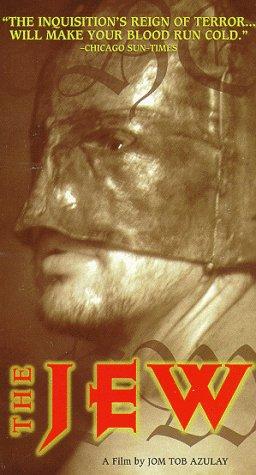