“What’s missing in this coming-of-age drama is making its main story more compelling.”

Because of its racial overtones to a murder, it can be looked upon as an Aussie version of “To Kill a Mockingbird.”

In 1969, during the Christmas season, in the small rural town of Corrigan (a fictional town), in Western Australia, the bookish 14-year-old Charlie Bucktin (Levi Miller) is awakened at night by a knock on his bedroom window from the mixed-breed Aboriginal, Jasper Jones (Aaron J. McGrath), a classmate he has never spoken to, who urges him to follow him to a wooded area. Once there, the body of the 16-year-old Laura Wishart, the older daughter of the town councilor (Myles Pollard), is hanging from a tree that has scrawled on it by knife the words “I’m sorry.” Laura is Jasper’s white girlfriend. Claiming innocence while fearing he will be blamed for the murder, he asks Charlie to help him find the killer and in the meantime to hide the body at the bottom of the nearby lake.

The dead girl’s younger sister Eliza (Angourie Rice) has a crush on Charlie, who must during this testy time period not reveal to her that her missing sister is dead, in order to investigate the murder and deal with knowing that his mom (Toni Collette) is unfaithful to his aspiring writer father (Dan Wyllie).

Following Jasper’s belief that a recluse, Mad Jack Lionel (Hugo Weaving), according to local gossip may have gotten away with a previous murder, the teenagers visit him as the chief suspect. The social conscience film touches on the racism directed at the Aboriginals and Vietnam refugees (Charlie’s best friend Jeffrey (Kevin Long) is the brainy ostracized Vietnamese boy from the only Asian family in the town).

But it loses focus on its central murder story by wandering off into subplots it can’t cover with the needed depth required. However, any film with Collette and Weaving you know will be well-acted, and the supporting cast is uniformly good. What’s missing in this coming-of-age drama is making its main story more compelling. 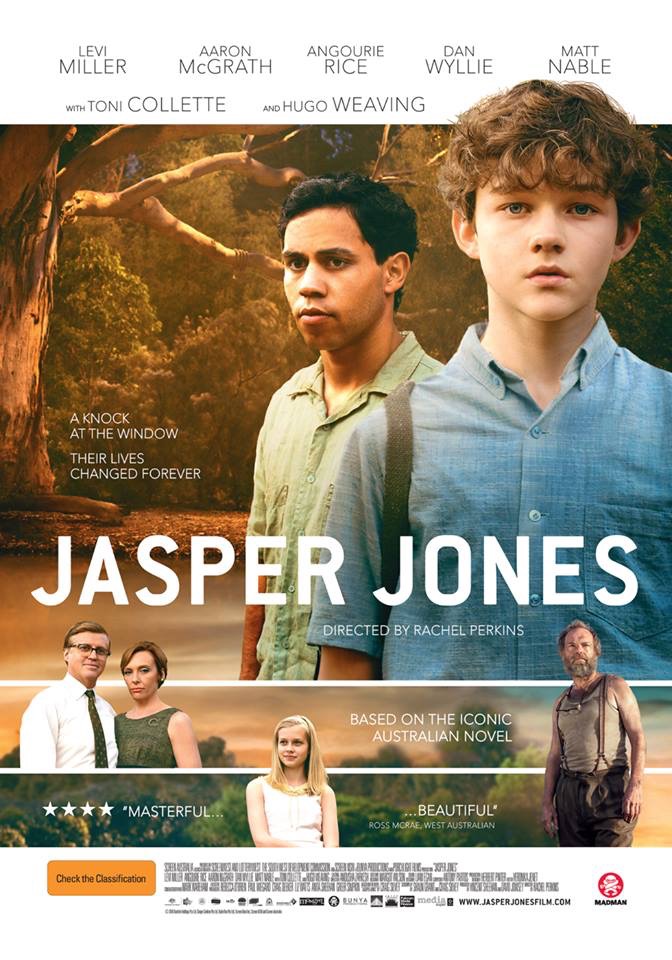