The assistant DA of San Francisco, Corelli (David Caruso), investigates the brutal murder of a creepy millionaire playboy art dealer. Evidence points to a suspect being the former girlfriend of the assistant DA, the respected psychologist Trina Gavin (Linda Fiorentino). She is currently married to Corelli’s close friend–the amoral big-time lawyer for the well-heeled, Matt Gavin (Chazz Palminteri). Trina is a prime suspect because she was the last one to see the vic alive at his beach house.

Corelli investigates despite a conflict of interest. He uncovers that the sleazy dealer owned a series of photographs showing prominent public figures in compromising positions with a mysterious prostitute known only as Jade. There’s such a photo of the governor (Richard Crenna). Corelli begins to suspect that his old flame might be leading a double life as the prostitute in question. While searching further, Corelli uncovers secret entanglements that threaten his life.

Under the slick direction of Friedkin things are fine for awhile, but the trash gets piled high and all the one-dimensional players get buried in the stink. The absurd story fails to generate interest and the longer it goes on the worse it gets. 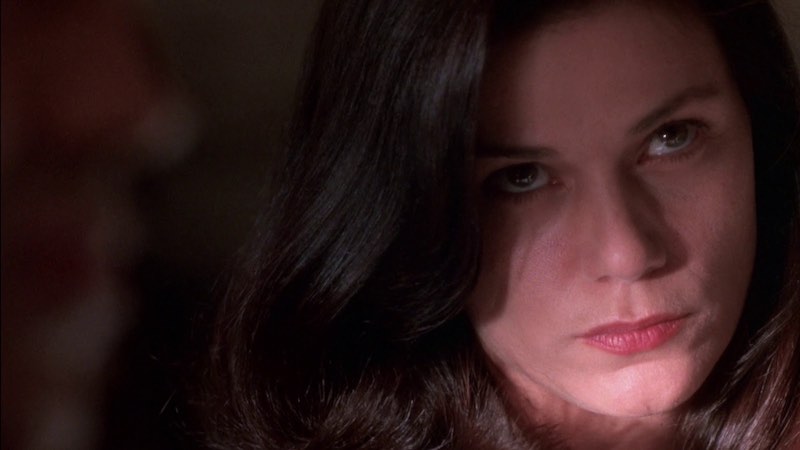 EYE OF THE TIGER