“The deadly clash between the cultures of the West and those of fundamentalist Islamists gets a thorough examination in this informative and timely documentary.”

The deadly clash between the cultures of the West and those of fundamentalist Islamists gets a thorough examination in this informative and timely film. It’s a rational political documentary by French filmmaker Daniel Laconte(“Carlos”/”Je Suis Charlie“). It comes on the heels of the murder of Dutch filmmaker Theo van Gogh by an Islamic extremist in 2004 and following the 2006 publishing of twelve satirical cartoons that mock the prophet Mohammed in the Danish newspaper Jyllands-Posten. Thatwas met withrage by the extremists. The film goes through great lengths to cover the 2007 Paris legal case brought against the French satirical magazine Charlie Hebdo, which reprinted 12 of the original cartoons. These articles stirred up the extremists to the killing point. The film sides with those who respect the democratic principles of freedom of the press. Their case is made but with too many talking heads to be entertaining. The trial is resolved by the court ruling that the radical Islamists were looking only for special treatment to exempt it from the satire regularly received by other religious groups from the magazine. The resolute and principled editor of Charlie Hebdo, Philippe Val, comes across as a brave defender of democratic principles in the face of threats against his life. The trial against the magazine began in 2007, but no cameras were allowed in the court. 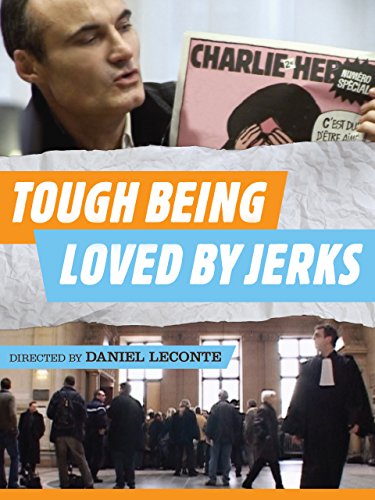