“Frank Capra’s classic bittersweet comedy/drama plays as a testament to the family values of small-town America just after WW11.”

Frank Capra’s classic bittersweet comedy/drama plays as a testament to the family values of small-town America just after WW11. The glossy studio production sets a warm Christmas card-like atmosphere in folksy Bedford Falls, where it focuses on the despairing nice-guy George Bailey (James Stewart) who has become so despondent that he’s about to commit suicide.

The film opens on Christmas Eve, 1946. The penniless George faces financial ruin and arrest over the misplacing of an $8,000 loan, as he’s threatened with prison by the town’s richest and meanest businessman, the crooked, Scrooge-like Potter (Lionel Barrymore). The reason for this problem is because George’s partner, his Uncle Billy (Thomas Mitchell), misplaces $8,000 of the Building & Loan’s money. When the vengeful Mr. Potter gets his hands on the money, coincidentally, on the same day that the bank inspector is checking the Building & Loan’s books, George can’t balance the books and therefore faces bankruptcy, public embarrassment and possibly jail.

In desperation he cries out to himself “It would be better if I had never been born,” as he contemplates committing suicide. His bumbling guardian angel, Clarence Oddbody (Henry Travers), falls to earth to be of assistance and after studying George’s life, is impressed by how selfless and generous George always behaved. He points out how his town, family, and friends would be all the worse if he had never been born. The many selfless acts include rescuing his younger brother from drowning, while losing the hearing in his left ear in the process; enduring a beating rather than allow a lamenting druggist (H.B. Warner) to deliver poison by mistake to an ailing child; foregoing college and a long-planned trip to Europe to keep the Bailey Building and Loan from disappointing its Depression-era customers; and, his most appreciative civic act, preventing the malicious Potter from taking over Bedford Mills and making life tougher for the less fortunate. It is easy to imagine that Bedford Mills would have become a slum called Potterville, if it weren’t for George’s intervention.

George is made to realize by Clarence, after this review of his life, that he has indeed had a wonderful life despite a few setbacks. That he has the support and friendship and good wishes of the town. But not the least of his reasons to claim a wonderful life, is remaining happily married to his loyal and kind-hearted childhood sweetheart Mary (Donna Reed).

Capra’s first production through his newly-formed Liberty Films lost money when first released to theaters, considered too bleak of a holiday picture. Only after it went into the public domain in 1973 and became a Christmastime TV staple did it become recognized as a cheery feel-good picture with a universal appeal and message.

By now the film has proven to be very popular having earned its wings as a timeless classic, filmed in the richly sentimental and simplistic style of all Capra’s films. It’s a good-natured look at how Americans would like to think of themselves as generous souls. Though it is an uplifting, well-crafted and acted film that deserves much acclaim, still too much sugary praise has been heaped on it in the ensuing years advancing it far beyond its worth. It failed to take into account how superficial and unreal are the characterizations. The film is best seen in its original black and white and not in the newer colorized version, which takes away from the spirit of the film. 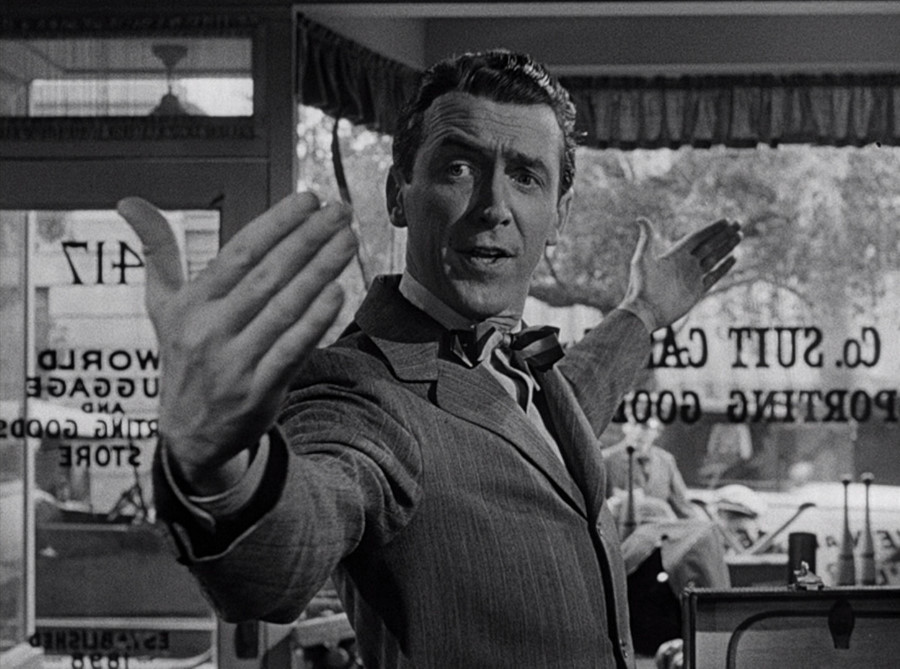