WHAT WE DO IN THE SHADOWS

“A thin-blooded comic vampire tale, made as a mock documentary.”

A thin-blooded comic vampire tale, made as a mock documentary. It’s co-directed, co-written and co-stars Jemaine Clement and Taika Waititi. A vampire genre film, seemingly for those who want such films to be silly. I found it anemic and strained. I like my vampire pics to at least make an effort to play such nonsense straight. Waititi and Clement are co-stars of HBO’s “Flight of the Conchords.”

In Wellington, four vampires live together in a house. The killer foursome has Viago (Taika Waititi) as an 18th century fussy dandy and Vlad (Jemaine Clement) as an 862 year-old amiable orgy-and-torture bloodsucker. Their place is shared by the 183 year-old Deacon (Jonathan Brugh) and the 8,000-year-old Petyr (Ben Fransham).

Humor comes from such things as household bickering and mock-newsreel footage revealing Viago’s Nazi past. The twentysomething Nick (Cori Gonzalez-Macuer) after bitten by Petyr hangs around the house with the undead boys while annoyingly bragging he’s the next Nosferatu. The young human Jackie (Jackie Van Beek) is brought to the house on the promise of future immortality, as she’s used to lure men vics and clean the bloody dishes.

There are all sorts of other desperate skits trying to inject humor into this witless pic on vampire lore, but aside from the effective special effects I found things more dead than undead. 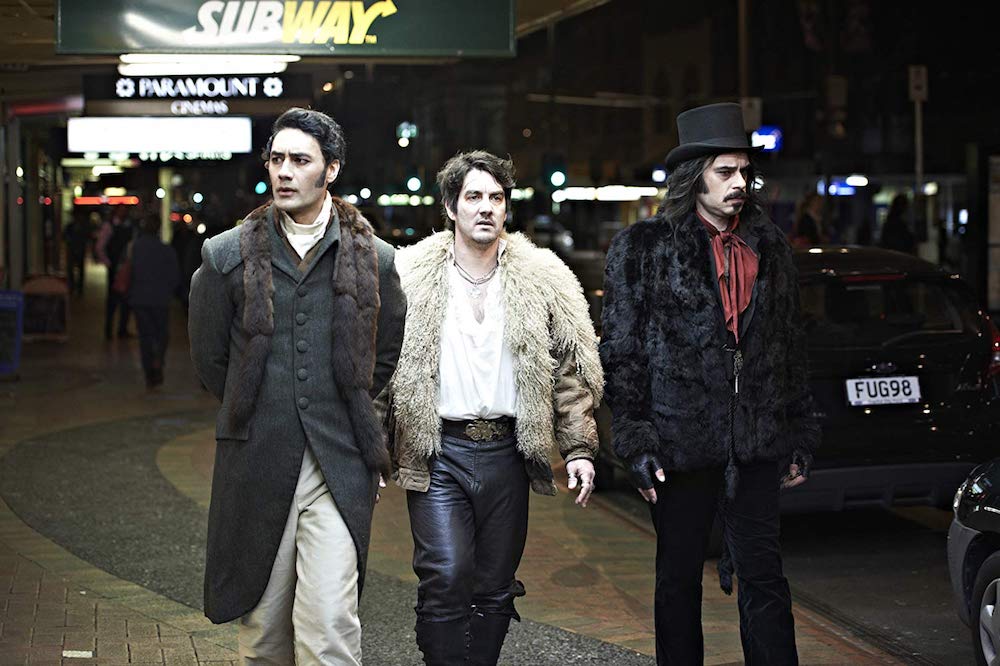