“It’s W.C. Fields at the top of his game; a classic comical study on the horrors of bourgeois family life.”

It’s W.C. Fields at the top of his game; a classic comical study on the horrors of bourgeois family life. The film is funnier than Field’s The Bank Dick, You Can’t Cheat An Honest Man and My Little Chickadee. Norman Z. McLeod (“Monkey Business”/”The Paleface”/”Horse Feathers”) keeps the plot to a minimum and just lets Fields do a monologue, with some comic help from a nagging wife, mischievous kids, an inept grocery store assistant (Tammany Young) and a playful dog.

Harold Bissonette (W.C. Fields), pronounced Bis-o-NAY, is a henpecked grocer in a New Jersey small-town, who dreams of owning an orange ranch in California. Saddled with a lovesick teenage daughter Mildred (Jean Rouveral), a wiseacre young son Norman (Tom Bupp), who is always on roller skates, and an overbearing nagging wife Amelia (Kathleen Howard), Harold is content to talk to himself. At the store Harold has to deal with an inconsiderate cane-wielding blind customer (Charles Sellon) who breaks things, a man loudly demanding kumquats (Morgan Wallace) when he doesn’t carry that item, his assistant riding the delivery bicycle inside the store and having to mind an impish baby (Baby LeRoy) who drips molasses over the floor. When his Uncle Bean dies Harold inherits enough money for the bank to advance him a loan to buy an orange grove in California from the firm of his daughter’s boyfriend John Durston. When John tells him the ranch he bought sight unseen is no good and is willing to give him back his money, Harold refuses thinking they are trying to trick him. After selling the grocery store, the Bissonette family trek in a broken-down jalopy to California and overcome obstacles such as nearly getting arrested for holding a picnic on a private estate and breaking an expensive statue. The orange ranch turns out to be a worthless rundown shack and the rough soil can’t grow anything but weeds; nevertheless, victory comes to Harold in the end as his property is coveted by the owners of a new race track.

It’s all done at a breakneck pace, and most of the zany gags work. Fields is just dandy as the curmudgeon who has to deal with a series of disasters. 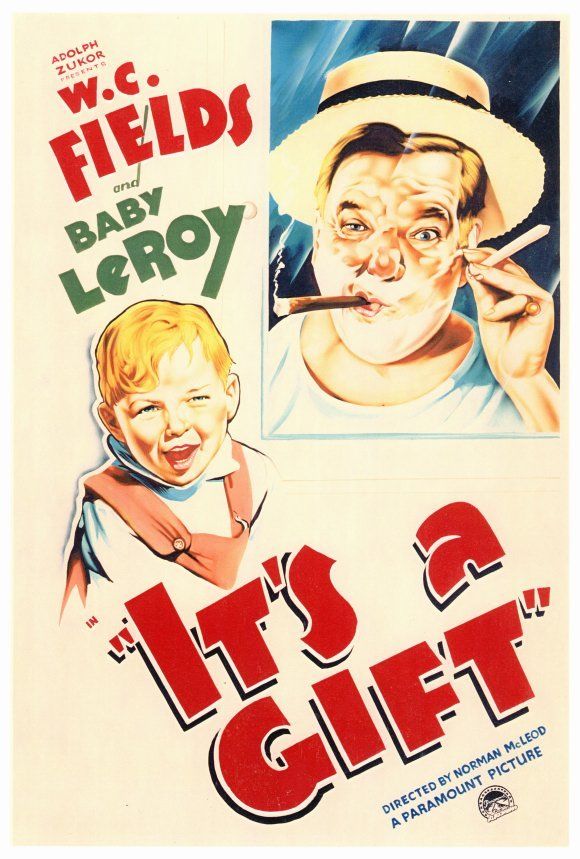