IT HAD TO BE YOU

“A pathetic sex farce that even a likeable Ginger Rogers can’t save.“

A pathetic sex farce that even a likeable Ginger Rogers can’t save. It’s poorly co-directed by the two first-time directors, cinematographer Rudolph Mate and Don Hartman (“Every Girl Should Be Married”/”Holiday Affair”). It’s from a dumb screenplay by Norman Panama and Melvin Frank, who adapt it from an incredulous fantasy story by Allen Boretz & Hartman. Victoria Stafford (Ginger Rogers) is a wealthy and attractive sculptor and Fifth Avenue socialite. The daffy socialite jilts at the altar three potential grooms. When the stuffy Oliver H. P. Harrington (Ron Randell) is next in line to marry her, his gruff father (Thurston Hall) insists that she take a month to vacation alone to make her final decision. On vacation, Victoria calls her fiance to tell him her answer is yes. On the train en route to New York for the wedding, Victoria dreams about an American Indian (Cornell Wilde) and awakens to find that same Indian in her sleeping room. He is good enough to explain that he’s in reality a manifestation of her subconscious thoughts who will vanish when she stops thinking of him. This tiresome film concludes when Victoria recalls from watching home movies of herself as a child that her dream man was the working-class boy (also Cornel Wilde) she met at her summer home, now a NYC fireman she accidentally meets but doesn’t recognize while shopping. While at the altar with Oliver, the dream man, the real version of her imaginary Indian figure, rushes in and sweeps her off her feet and saves her from a dull marriage. 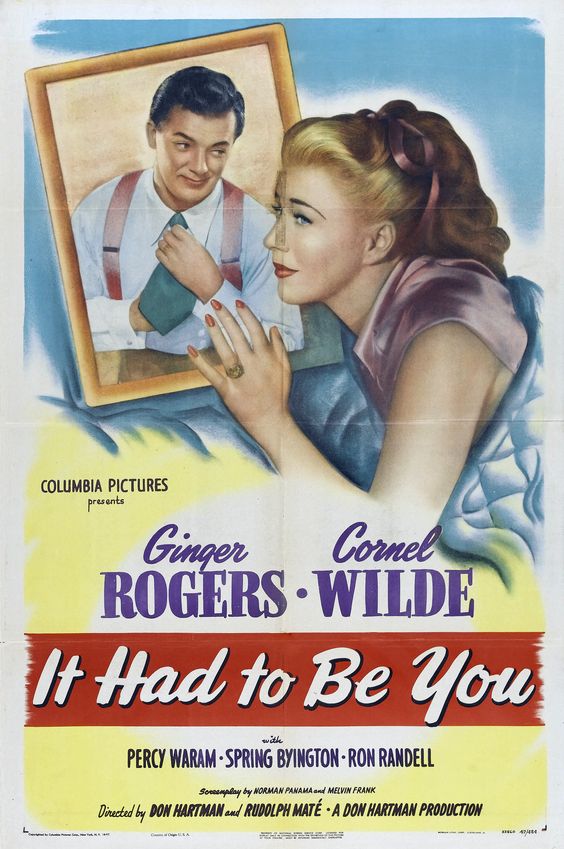