ISLAND OF THE LOST

“The visuals are good. The film is not.”

A plotless bland travelogue that reminded me of The Lost World (1960). It’s co-directed by John Florea (“Hot Child in the City”) and Ricou Browning (“Salty”), with the latter doing the underwater sequences. The actor Richard Carlson wrote the screenplay and co-wrote the story with producer Ivan Tors. The visuals are good. The film is not.

An anthropologist (Richard Greene) and his family sail for an uncharted South Sea island and are shipwrecked.The family tries to survive on a primitive islandinhabited by prehistoric, mutant modern animals. Also on the island is a native boy (Jose De Vega) left there by his tribe to go through a survival ritual into manhood.

It makes one wonder how they would fare if stranded on such a barren island that features such exotic animals as sabre-toothed wolves, nine-gilled sharks, weird-looking alligators, and vicious prehistoric ostriches. 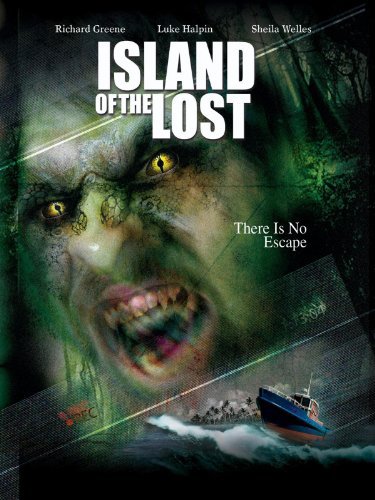