“A little too contrived for my taste.“

Veteran B-film director Sidney Salkow (“Sitting Bull”/”Blood on the Arrow”/”The Great Sioux Massacre”) keeps this thinking man’s Western chugging along with mild plot twists and all talk and no action.

In 1981, in Ellsworth, S.D., Sheriff Sam Galt’s (Sterling Hayden) twentysomething son Benjie (Darryl Hickman) is brought to trial for the murder of the stagecoach driver and the holdup of the stagecoach. The kid tells dad he’s innocent, and dad hires high-priced out-of-town silver-tongued trial lawyer Roger Pollack (John Dehner) and range detective Sutherland (Mort Mills), as the local newspaper publisher, Quincy (Kent Taylor), stirs up the town against Benjie. Quincy is Benjie’s rival for Kathi Walden (Kathy Nolan), and wants him out of the way so that he can make a play for her.

The sheriff is torn between his sense of duty and to protect his son, as on his dying bed Gene Walden (I. Stanford Jolley) tells the sheriff he witnessed Benjie do the shooting (thereby recanting what he said before). The torn dad takes the stand and against the advice of his lawyer and Claire Walden (Constance Ford), Gene’s oldest daughter, whose deputy sheriff husband died trying to protect a rustler from a lynch mob, tells the jury what Walden said. With his son set to hang, in the last hour the sheriff gets a solid lead and tracks down the real killer. The only question remaining is if the sheriff brings in the cowardly killer dead or alive. I confess, I lost interest.

A little too contrived for my taste, but the screenplay by Seeleg Lester is thoughtful and Hayden is fine as usual. 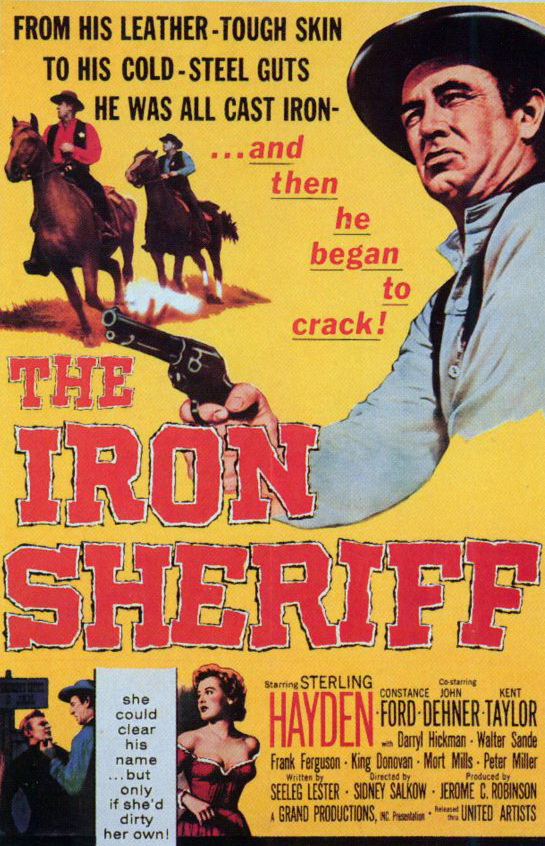