“A timely, lyrical and candid look at daily life in a post-invasion Iraq.”

Seattle filmmaker James Longley’s (“Gaza Strip”) sneaked across the border from Egypt and without a visa for two years, between 2003 and 2005, was able to somehow shoot footage about what’s going down in Iraq from the point of view of the regular guy in the street. It’s divided into three segments. In the first segment it features Mohammed Haithem, an illiterate 11-year-old, who was left back four times and has just learned to write his name but can’t write his father’s name. His father was a lieutenant in the police force who disappeared after making some damaging remarks about Saddam, and he now lives with his uncle, mother and grandmother. He works for a boss, doing odd jobs in a garage, who constantly badgers him with insults and heaps on him physical abuse but means well when he tells him his future is to stay in school; the unsure youngster drops out of school and when fired gets another job in an auto-repair shop with his uncle, who treats him kinder. The kid reflects the despair of the lower-working-class Sunni population who must halt their education out of economic necessity. The sentiment in the street is that they didn’t have it that great under Saddam, but considering how things turned out would welcome him back in a New York minute. One old-timer says “today is better than tomorrow.” Their strife-torn city is in constant flux with daily battles between Sunni and Shia forces. In their bombed-out part of town, there’s no security or hope. In the second segment we visit the home of the militant Shiite leader Moqtada al-Sadr and his lower-class Shiite community in Sadr City, in Nasiriyah and Najaf, where they have their own militia use brutal force to impose Islamic religious law on alcohol sellers and hold rallies flagellating themselves and preaching hatred against America. This hostile area is seen through the eyes of a young fanatical Shiite cleric and disciple of al-Sadr, Sheik Aws al-Khafaji. The last segment takes place in the beautiful northern countryside Kurdish village of Erbil. The young voices echo the voices heard in the other segments that “The world is so scary now.” An old wizened farmer, who welcomed the Americans toppling the evil Saddam regime and hopes some day for a Kurdish state like Israel watches as his children must drop out of school to work the brick ovens and tend the sheep because of his old age. His favorite son Suleiman wonders if he will be allowed to grow old like his father. The world-weary farmer is not a bundle of optimism about the future, as all he can manage to state is that for now “nobody is above America’s reach” and that “God is always on the side of the winner.”

It works best as a timely, lyrical and candid look at daily life in a post-invasion Iraq, and should offer no cheer to those who supported the war or any more cheer to those who opposed it. Longley is a silent eavesdropper, not offering his comments, providing any answers or even a voice-over. This turns out to be a good thing, as we can easily see for ourselves what a mess the country is in and how we really got ourselves in a pickle this time. 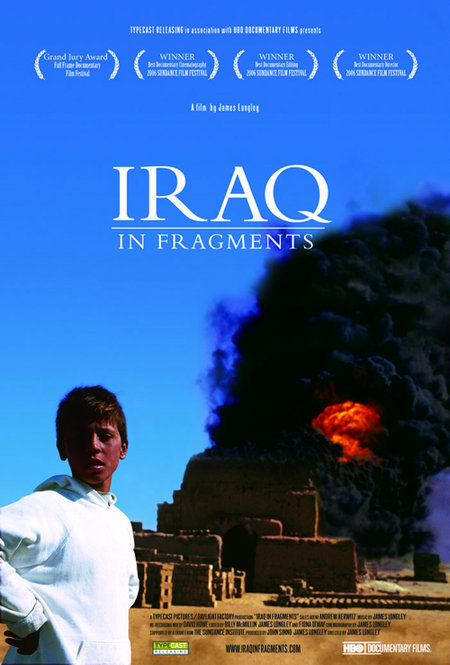