“Because of all the cameos and in-jokes, this gimmicky weightless film should appeal to mostly film buffs.”

John Landis(“Blues Brothers”/”Twilight Zone”/”Coming to America”) helms and co-writes with Ron Koslow this lackluster comedy/crime film. It is somewhat entertaining even if its premise is not realized and the comic antics fall short.

Angst-ridden nerdy insomniac aerospace engineer (Jeff Goldblum) is troubled over his unfaithful wife. While sitting all night in his car at the LA airport’s underground garage, a beautiful woman (Michelle Pfeiffer) hops into his car and tells him to drive. They barely escape from four gun-wielding pursuing Iranian gunmen (one played by the director), when Pfeiifer tells him she has smuggled six emeralds once owned by the Shah for her boyfriend. Meanwhile she’s pursued by Arab crooks and SAVAK (Iranian secret police).

Because of all the cameos and in-jokes, this gimmicky weightless film should appeal to mostly film buffs. 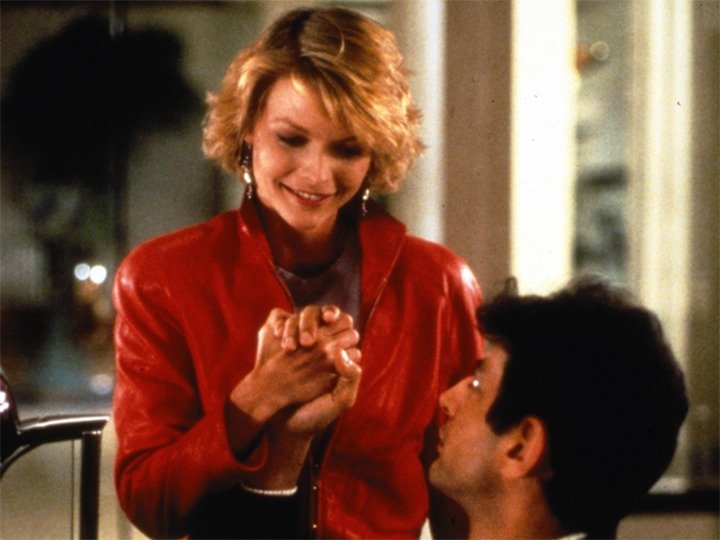