Charlie Chaplin’s (“Gold Rush”/”Modern Times”) classic silent comedy wavers between slapstick and sentimentality, as it spins a number of episodes that come together beautifully as a sublime whole. The skits involve Charlie as the nameless Little Tramp, his alter ego. He is mustached, dressed in a bowler and shabby suit, and his trusty cane is by his side which he often twirls while walking bow-legged. The plot involves the Little Tramp falling in love with a pretty blind street flower seller (Virginia Cherrill) and setting out to raise money for an operation to cure her. The girl lives in poverty with her elderly granny (Florence Lee) and is about to get evicted from her apartment when Charlie comes to the rescue, as through several misunderstandings the girl thinks he’s a millionaire. Though blind she falls in love with his gentle nature and his kindhearted mannerisms, and since granny is never around when he visits she doesn’t know how he looks. The film’s greatest and most memorable scene is when she has her eyesight restored thanks to him and eventually meets him. Though disappointed her affection turns as gracefully as it can from love to acceptance of him as a generous soul who deserves respect, something he has not received until she smiles at him and gives him a rose to remember her by.

Charlie’s escapades include a night out on the town with an eccentric suicidal millionaire (Harry Myers) and a bizarre visit to his house that strangely enables him to give the blind girl the dough she needs. The millionaire treats him grandly when looped but when sober can’t remember him. There’s also a boxing match with a brute (Hank Mann) who replaces his original partner, and wants to fight for real with winner take all. His original partner fixed the fight so that no one will get hurt while they split the purse, but he skips town just before the fight because the cops are after him. The fight ends up as a classic in physical slapstick humor, with the nimble-footed and agile Charlie at his comic best.

Known for films with loose plots, City Lights’ plot is much tighter than most of his other films and it still features Charlie’s trademark shticks: slapstick and pantomime gestures of pathos and identity with the outcast underdog. Charlie, ever the perfectionist, took close to three years to make the film and in that time talking pictures came out with Al Jolson’s The Jazz Singer and Jean Harlow went from being an extra in the film to a star in films already released. Though City Lights comes to the edge of being a mushy tearjerker, it nimbly stays out of the trap by deft acting and Charlie’s artful filmmaker skills. Charlie’s genius was in conveying many shades of human feeling, which gives the film a multi-layer of emotions. Despite its lapses into tugging unmercifully at the heart, the narrative makes the most of its great moments to leave a very favorable impression that delicately blends comedy and pathos. 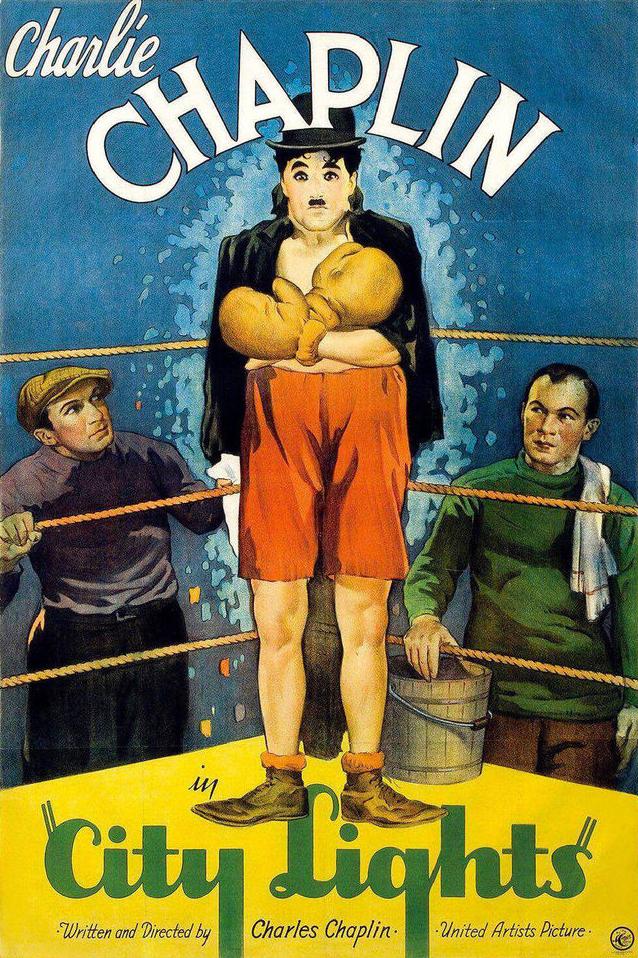