“The genial comedy has its funny moments, but overall lacks a knockout punch.“

So-so filmmaker Phil Alden Robinson (“Field of Dreams”/”Sneakers”/”The Sum of all Fears”) helms this restrained farcical comedy about a teenage Lothario, that’s based on a true story.The genial comedy has its funny moments, but overall lacks a knockout punch. Robinson doesn’t do enough to bring out the absurdity of the situation, of a minor eloping with two older married ladies. It’s based on a story by Bob Kosberg and is cowritten by Robinson and David Simon. The film is set near the end of World War II, in 1944, in southern California.

At a party, 15-year-old ninth grader ‘Sonny’ Wisecarver (Patrick Dempsey) meets the 21-year-old, common-law married with two kids, Judy Cusimano (Talia Balsam), his neighbor, and because of her unhappy marriage to an abusive Italian husband (Tony Longo), the two soon elope. When her 34-year-old hubbypresses charges, Sonny is brought back home and dubbed by the press “the woo-woo kid.” The stern judge (Peter Hobbs) annuls the marriage, lets Judy off the hook, and orders that the minor leave his hometown for the summer and not see Judy again. The kid refuses to slaughter rabbits on his Uncle Clete’s (Douglas Rowe) rabbit farm in Long Beach, when sent their by his folks (Betty Jinnette & Michael Constantine), and instead takes a job as an assembly line worker in a fish cannery. He soon hooks up in the communal toilet with fellow boarding house resident Francine Glatt (Beverly D’Angelo), a 25-year-old fast-talking gal, who is married to a marine fighting in the war. She believes “he’s more of a man at 15, than most men are at 35.” When the busybody landlady (Kathleen Freeman) at Sonny’s boarding house reports he ran away with Francine, the newspapers have a field day with headline stories about “the woo-woo kid” eloping again. In northern California’s Paradise, the kid surrenders to Chief Kelsey (Ernie Brown) and his befuddled parents reluctantly support him as he has the same judge try him. This time he’s sentenced to serve 6 years in a juvenile detention facility, until he’s 21. The kid escapes and winds up in Nevada, where he meets Wendy (Kim Meyers), a movie usherette his age, and they marry. California latter drops the charges against him.

Dempsey plays Sonny as a good-hearted innocent and true romantic, who has no idea what he’s doing wrong. The good-natured film is easy to take (even if it’s too silly for its own good), it takes no stance on the situation and its one-joke comedy is all about the cuteness of the naif with the hangdog expression and his two affairs with experienced but vulnerable older women despite being so sexless. What it fails to do, is capture the magic (which must have been there) in the real-life affairs. 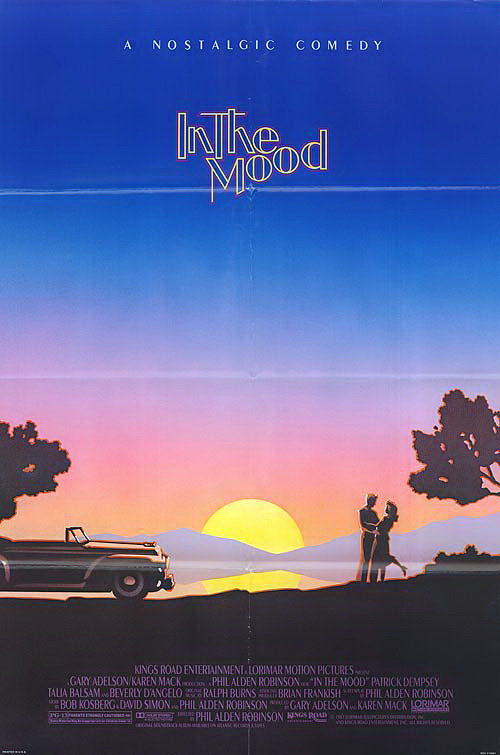