IN THE BATHTUB OF THE WORLD (V)

“The experimental documentary turned out to be as boring as most home movies.”

The film’s title comes from a poem by John Ashberry. The poet will also make an appearance doing a reading. Actor, artist, teacher and filmmaker Caveh Zahedi decided to keep a video diary for the year 1999, recording one minute of his life each day from January 1st through December 31st. In this vanity documentary, which aims to make art, Zahedi shares his inner thoughts and introduces us to his family, friends and fellow artists. Also a major part of the film is Zahedi’s testy relationship with live-in girlfriend Mandy.

The experimental documentary turned out to be as boring as most home movies. The self-absorbed Zahedi expresses concerns about his ability to teach film theory, his addiction for reading books he can’t finish, and his stress. On Valentine’s Day, he and his girlfriend took mushrooms to get high. On March 12, he vows to buy no more new books until he finishes the unread ones. He laments that he expects books to be his salvation–to literally save him. The books he’s reading include “Borges on Writing,” “Film Theory and Criticism” by Cohen, “The Letters of T. S. Eliot,” and “The Collected Poems of John Ashberry.” On November 14, he mentions he had a wet dream. On New Year’s Eve, Zahedi and his girlfriend wish everyone a Happy New Year. Some mention is made that the Californian Zahedi is of a Persian extraction. To learn more about his roots, he’s reading a book entitled “Modern Persia.”

The film serves as a record for history on how modern Western man lives, as a few hundred years from now this could be an interesting film study. But if viewed today, you’re probably better off avoiding the film in favor of reading a good book–maybe something recommended by Zahedi like James Joyce. 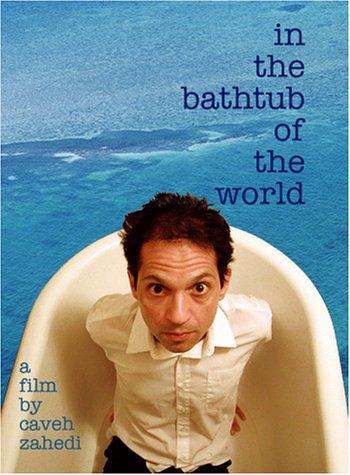