“A weak B film crime drama about an ex-convict and the difficulty he has of going straight.”

Jean Yarbrough(“Shed No Tears”/”The Mutineers “/”Law of the Jungle”) directs a weak B film crime drama about an ex-convict and the difficulty he has of going straight.

Eddie Norton (Alan Curtis) gets a temp job during Christmas in a department store. The gangster Bart Madden (Preston Foster) blackmails the ex-con Eddie into robbing the store with his former partner, his wife Claire (Ann Rutherford), a model in the store, or get fired when he tells the store about his past record. Eddie goes along with Bart but has other ideas, as he schemes with his wife to make sure the cops gun down Bart during the burglary. Afterwards they turn themselves into the police for their part in the burglary, throwing themselves on the mercy of the justice system.

The story was lame and unbelievable. It’s noteworthy only because the story was written by the great silent director Tod Browning. The screenplay by George Bricker and Jerry Warner could use a rewrite. 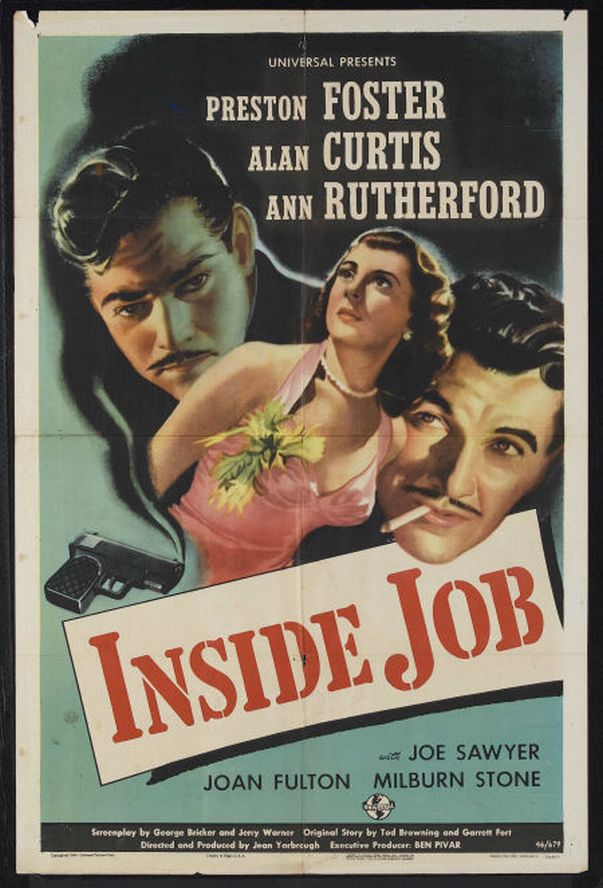