Acclaimed Portuguese filmmaker Manoel de Oliveira (“Porto of my Childhood”/”Abraham’s Valley”/”A Talking Picture”)was born in 1908 and for the past two decades or so made one feature film every year. In this slow-moving and tedious but well-conceived literary and theatrical production, Oliveira brilliantly weaves together three loosely connected stories with profound philosophical questions. All three stories revolve around the theme of death and of trying to preserve one’s identity.

The first episode is based on the one-act play by Prista Monteiro called the Immortals. The elderly doctor father (Jose Pinto), mentally disturbed and suffering from senility, and his sixty-something family man self-satisfied doctor son (Luís Miguel) are both feted by the science establishment, but the father fears he will be forgotten and finds a strange way of seeking immortality by killing his son.

The second episode is based on the short story “Suzy” by Antonio Patricio, that’s set in the 1930s. A wealthy diplomat/writer playboy (Diorgo Doria) becomes taken with the courtesan named Suzy (Leonor Silveira) he meets while attending the Immortals play and fantasizes about Suzy’s real identity. Through his best friend (David Cardoso) the admirer becomes grief-stricken to learn at a later date of Suzy’s death on the operating table.

The third episode is the fable Mother of a River byAgustina Bessa-Luís. The admirer’s friend from the previous episode tells the diplomat writer a fable of eternal life. It features the great Greek actress Irene Papas as the Mother of a River, living for a thousand years in solitude by a village river and how she meets the unhappy bound by tradition village girl Fisalina (Leonor Baldaque). The young peasant girl is not allowed according to her village rules marry the bell-ringer (Ricardo Trepa) of a nearby village, but according to custom must marry only someone from her village. After contacting the Mother of a River, Frisala is doomed to take her place when her fingernails become gold and the locals look upon her as a witch.

Oliveira seems to be asking us, do we really know who we are or who someone else is? His answer is “Life is a mystery which solves everything in the end.” 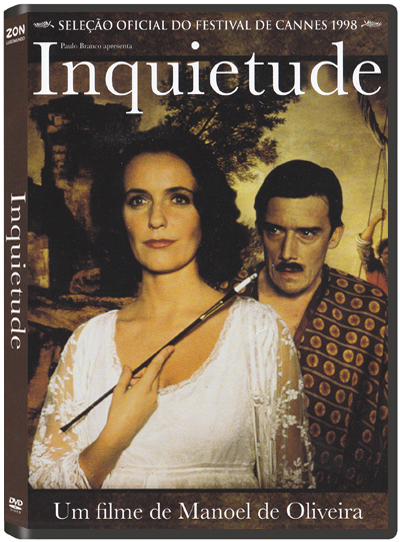 HOUSE ON 92ND STREET, THE

LADY OF THE TROPICS